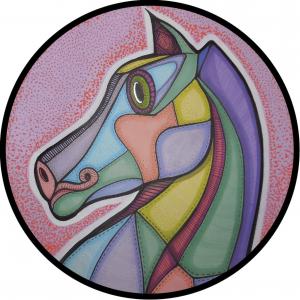 Hot Creations are back with another killer release, this time at the hands Igor Vicente who previously released on the label back in 2011 with the brilliant ‘Breathe N Pop’ as part of the duo Ultrasone. With the Ultrasone project at an end, Igor this time flies solo for the label, delivering two standout originals with intoxicating basslines and dark whispered vocals, creating endless energy of swing and groove to really work the crowd at peak time. Hot Creations boss Jamie Jones also delivers an on point remix of ‘The Knight’ with his ‘Electric Jones Remix’ adding new synth melodies and wonky FX, keeping high energy for dancefloor domination.

Originally from Belgium, Igor Vicente holds residencies in the finest clubs of Belgium, Café d’Anvers and Fuse. At Fuse he runs his new night State Of Flow and tours regularly around the world playing at the best parties and clubs.

As part of the duo Ultrasone, Igor Vicente released on labels such as Hot Creations, Visionquest and Supplement Facts with remixes on the likes of Saved and Get Physical. With his solo project he’s remixed Archie Hamilton and Patrick Meiner on Genial and Alejandro Vivanco on Sound Architecture. Now part of the Mobilee Agency he´s also recently dropped a stellar EP on the label.

Jamie Jones is one of the busiest men in the business and this summer we will see him continue with his hugely popular night ‘Paradise’ at DC10 in Ibiza, playing host to some of the biggest line ups on the island.

Moving from strength to strength with the insanely popular Hot Creations imprint, he also gets set to release the first artist album on the label this summer from firm favourites Digitaria.