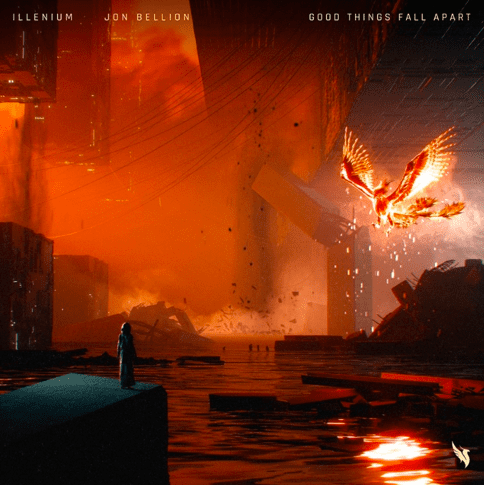 On the track, ILLENIUM envisions a sonic backdrop of glitchy beats, delicate acoustic guitar, and ethereal percussion, and Bellion’s dynamic voice leaps from intimate verses towards a delightfully dizzying crescendo. The multiplatinum star channels nostalgic nineties pop-punk and turn-of-the-century emo on his catchy and confessional chorus, “Coming to terms with a broken heart. I guess that sometimes good things fall apart.” It’s unlike anything either artist has released thus far. Most importantly,  ‘Good Things Fall Apart’ has all the makings of a crossover anthem perfect for summer.

His debut album, Ashes, was released to critical acclaim in early 2016. Awake followed in 2017 and hit #1 on in the iTunes Electronic Dance Charts in 12 countries. Named one of the “10 Best Dance/Electronic Albums of 2017” by Billboard, it included such singles as ‘Feel Good’ (with Gryffin featuring Daya) and ‘Crawl Outta Love.’ Praising the album as “a gorgeous collection of future bass, piercing vocals, and barefaced lyrics,” Dancing Astronaut said, “While it might seem premature to call an album a ‘masterpiece,’ no other title would fit Awake so well.” Billboard observed, “The phoenix is ILLENIUM ‘s mascot, and Awake is the emergent moment of that story.”

ILLENIUM’s Awake Live headline tour captivated audiences across the country, and sold out such renowned venues as The Shrine, Terminal 5, Bill Graham Civic Auditorium, Aragon Ballroom and Red Rocks. His remix of Flume’s ‘Say It’ earned him an Electronic Music Award for Best Remix in 2017. ILLENIUM’s recent collaborations include ‘Don’t Give Up On Me’ with Kill The Noise ft. Mako and ‘Gold (Stupid Love)’ with Excision ft. Shallows.

Bellion got his start with a series of mixtapes featuring his original songs – all recorded in his parents’ basement. He built a remarkable following by sharing his music directly with listeners, giving away more than 200,000 free downloads of 2014’s The Definition and playing live for fans on two sold-out national tours. Also a sought-after collaborator, Bellion co-wrote and produced ‘Trumpets’ for Jason Derulo and co-wrote the GRAMMY Award winning, 10x-Platinum hit ‘The Monster’ for Eminem and Rihanna. He co-wrote and co-produced Christina Aguilera’s recent single, ‘Fall in Line’ featuring Demi Lovato. 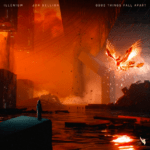