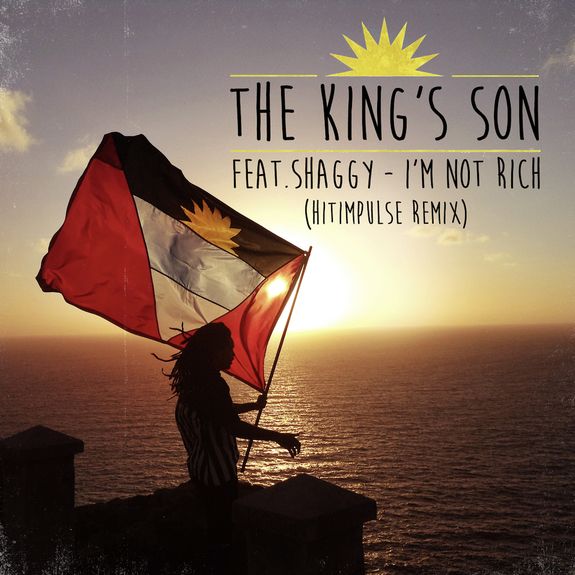 Shaggy is officially back. Returning late last year to great fanfare, Mr Lover Lover himself has now joined forces with Caribbean group, The King’s Son, to lend his talents to one of the biggest edits of the year so far – ‘I’m Not Rich (Hitimpulse Remix) – out now via Ultra Music.

Having garnered over 12 million plays since its original release earlier this year, ‘I’m Not Rich’ has also been give a tropical makeover by German production outfit, Hitimpulse, in addition to the presence of Shaggy to give it a new lease of life as we edge towards the end of 2015. Watch the official video now.

Enticing piano chords and a soulful sax hook bring back the sunshine from the very first note with Hitimpulse’s calypso-inspired melody gently coaxing the listener into a dream-like state of bliss. The remix itself follows the release of The King’s Son’s original, which featured French rapper, Blacko and was accompanied by one of the most idyllic music videos to be put out this year.

Shaggy said of his feature, “The track has a very catchy, infectious and heartfelt hook that is really about being humble. I think no matter who you are, you can count your blessings and be rich!”

Caribbean artists The King’s Son hail from Antigua and have been building their own unique soundscapes by merging their influences of hip-hop, dancehall, reggae and pop, while spreading positive vibes and steadily gaining recognition from audiences around the globe. For Hitimpulse, this is yet another statement from the German ensemble who have continued to turn heads due to their distinctive edits.

Continuing to play his part in some of the biggest tracks since the millennium, it’s clearer than ever that Shaggy has the Midas touch when it comes to making a hit. I’m Not Rich’ (Hitimpulse) remix is sure to add to his stable.