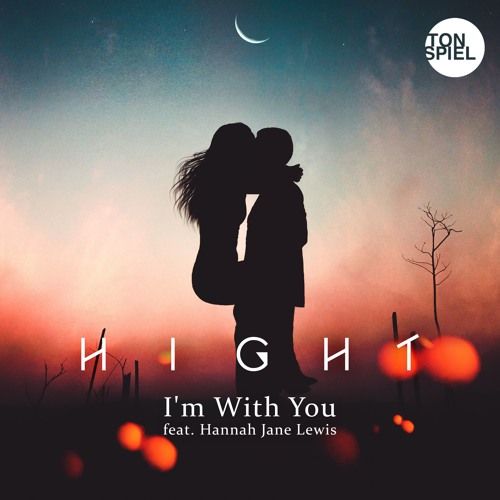 Hight makes his bow on Tonspiel with ‘I’m With You’, a romantic, summer-tinged record featuring the vocal talents of Hannah Jane Lewis, fresh off the back of supporting the likes of Jess Glynne and Rita Ora. Hight has been busy behind the scenes through 2018, contributing to albums and singles for everyone from Tom Walker and Don Diablo to Lily Allen. Previous solo releases have also brought success for the young producer, with ‘Runway’ being championed on Radio 1’s drive time show and last summer’s Felix Jaehn team-up ‘Hot2Touch’ certified platinum in Germany and amassing over 110 million plays on Spotify.

Hight steps back into the limelight with ‘I’m With You’, a tropical inspired track that perfectly fuses the worlds of dance and pop, simultaneously appealing to both and creating a late summer anthem that is as likely to be heard on the radio as it is on festival fields. Taking the vocal from Avril Lavigne’s infamous song of the same name, this time sung by the ultra-talented Hannah Jane Lewis, Hight switches the track on its head, drawing out an uplifting atmosphere with a combination of plucky instrumentation and disco-inspired drum programming.

With previous releases and remixes coming on labels such as Universal, Spinnin’ and Sony Music, and being supported by the likes of Oliver Heldens, EDX and R3HAB, Hight clearly has all the tools at his disposal to take the next step and make his mark on 2018, and ‘I’m With You’ is set to further enhance his burgeoning reputation. Grab your copy now via TONSPIEL!