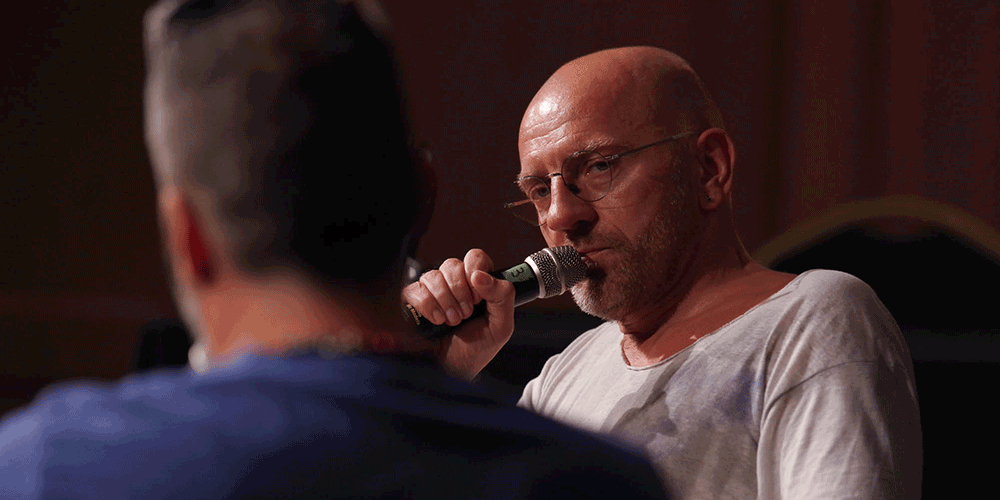 IMS College Malta returned to The Westin Hotel, Drangonara for the second edition of this now annual event, proving to be an invaluable experience for the delegates who attended from many countries across Europe. All had the opportunity to network freely, engage directly with key speakers on a one to one Q & A basis, and attend revealing workshops from Point Blank Music School and The Berklee College of Music.

Designed as a crash course in the music business with a learn by day and party by night ethos, IMS College – Malta gave a 360-degree view of the dance industry. At night delegates, experienced sets by the summits exclusive international DJs, seeing them in full action and experiencing exactly what they were all about.

Proceedings were officially opened by the IMS Founders who greeted the full auditorium of DJs, producers and emerging industry professionals. They collectively reinforced the core aims of IMS College- Malta – to inspire and motivate as well as provide a solid educational foundation.

Great advice came from the very first keynote, Renaat Vandepapeliere (R&S Records, Founder, Belgium) advised that when thinking of what to produce, contemporary song writers should ‘rip up the rule book… have more of a punk attitude’ and advised ‘write your own page, write your own story, don’t try to be like Richie Hawtin, we already have a Richie Hawtin’.

Next to take the stage was UNER (Artist, Spain) reassuring those starting out that if you are not able to play any instruments do not let that put you off…  ‘you don’t need to be classically trained… Classical training is a bit dangerous as there are 1000’s other ways to play music… it’s not about mathematics, it’s about feelings’.

French DJ and producer Agoria (Artist, France) gave an informed and enthralling masterclass on composing music for Film and TV, pointing to a great additional revenue stream for producers and encouraging them to look further afield saying ‘The cinema industry is really looking for electronic musicians’.

The ultimate end to day one came with a very rare, up close and personal, one to one interview with Sven Väth (Artist, Germany), interviewed by Mark Netto (IMS, Founder). ‘Papa’ Sven openly discussed his inspirations and his background, from his nightclub owner parents, his mother encouraging him to pursue a career as a DJ and his early life as a pop star producer.

Finishing off the night was Agoria and Sven who both performed an unmissable and technically perfect DJ set at UNO Village. With Sven Väth djing entirely on vinyl.

Commencing day two was a collection of Malta’s foremost DJs, coming together from different musical styles and genres. Ziggy (Artist, Malta) advised ‘I took a DJ’ing course which led me to where I am today’. Carl Bee (Artist Malta) added further encouraging advice ‘I started DJing at the age of 14/15 years, my father was a DJ as well, my cousin was also a DJ, at the age of 17 I had my first residency’.

Continuing with encouraging stories of success for budding talent was Mia Amare (Artist, Russia) who explained how she was inspired by attending IMS and following the advice of the speakers, she also expressed the initial challenges of establishing herself as a DJ.

‘I remember it was a very important moment when a speaker at IMS Malta was talking about how you need to be successful and she said, ‘be yourself’’’ adding ‘I have been DJing for 2 years, but if I had seen more female DJs out there I would have done it a lot earlier”.

Stuart Knight (Toolroom Academy, Director, UK) advised on how to get noticed by carefully tailoring your communication ‘We’re looking for that extra 5% on top of that blanket email’ adding “Do your research, know what the label is about. If you put your time in we will notice, we get 400 – 500 demos a week’.

Jack Bridges (Beatport Director of Artists, Labels, Sounds, Berlin) shared an insider knowledge about the leading download platform and the best practice to engage them in support. He stated, ‘It’s easier than ever to get a distribution deal and get a record out there but it’s really difficult to cut through the noise… for us it’s about having a great package, it’s about the artwork, the DJ support’ adding “…don’t send long reports of quotes saying, downloaded on behalf of xxx, that will switch us off instantly. What works well is a mobile phone video clips of big artists playing your tracks’.

Mark Lawrence (AFEM: Association For Electronic Music, CEO, UK) went on to explain the importance of engaging a publisher early on in your career, advising that ‘electronic music producers should recognise that they are also songwriters’ this means that they can benefit from collection agencies like PPL, PRS and MCPS.

To round off the talks for the weekend Technasia (Artist, France) give a frank and personal insight into his long career, saying ‘The Key is hard work’, going on to say, “My advice to the next generation… work your ass off! There’s a lot of competition, everyone wants to be a DJ, everyone is a DJ, to get success in it is a lot of hard work, a lot!’ He also made the exclusive announcements that he is returning to performing LIVE again.

For those thinking that they need to attend next year’s event, the final thought comes from DJ Mia Amare saying ‘There is nothing like IMS College. I truly think that IMS College helps the next generation’