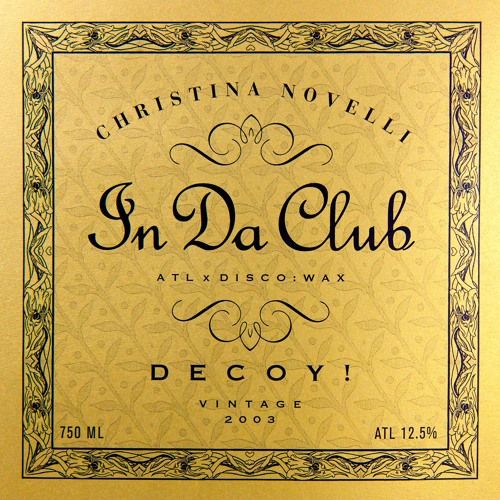 Revisiting one of the most iconic and globally recognized tracks of the 21st Century, Christina Novelli and Decoy! deliver their 2017 rendition of 50 Cent’s 2003 classic ‘In Da Club’ – out now via Atlantic Records.

Ramping up the energy of the original, ‘In Da Club’ has all the hallmarks of a summer dance anthem. While Christina’s catchy top line leads the track, Decoy! blends an array of synth swirls and tropical percussion into the mix, bringing the record headfirst into the contemporary music landscape. Destined to bring good vibes to both the radio and the dance floor, Christina and Decoy!’s fist collaboration is a must-add to your Spotify playlist.

With an impressive back catalogue, including her massive hit ‘Concrete Angel’ with Gareth Emery, and an iconic voice in the trance world, UK DJ/singer Christina Novelli enters new territory with ‘In Da Club’. Signed to Atlantic Records, Belfast producer and multi-instrumentalist Decoy! has been creating records since he was just 12 years old. Having remixed the likes of Ed Sheeran and Anne-Marie, this track marks his debut major label release. Speaking about the release, Christina and Decoy! expressed that having the permission from 50 and Dre to release this version is mindblowing, and they hope everyone enjoys it!