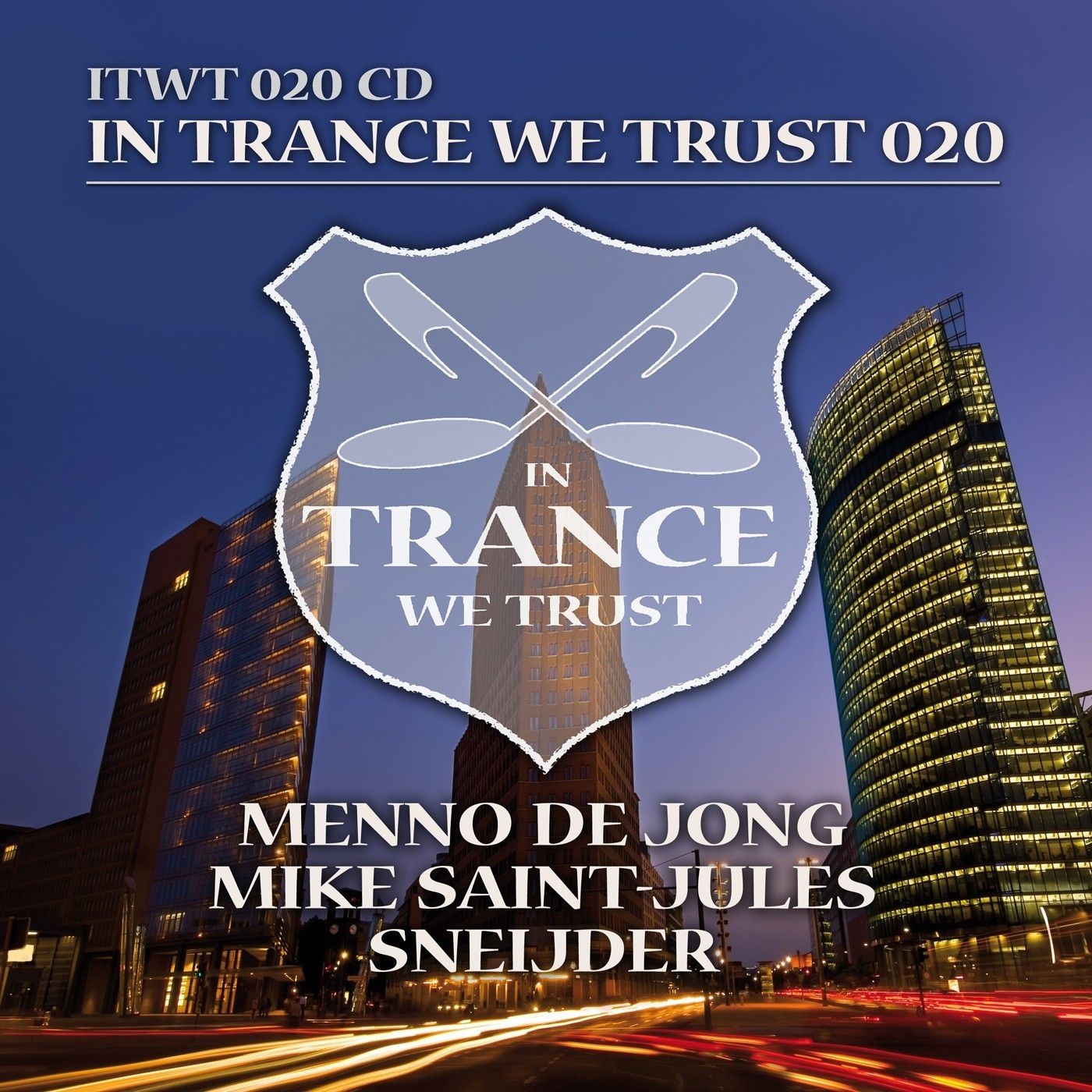 With of one of the richest label histories in electronic music – stretching back over an astonishing 600+ single releases and 19 mix-comps, its credo is enshrined in its name. In Trance We Trust’s list of former compilation mixers includes hall-of-famers and revered underground legends alike – Bobina, Johan Gielen, Misja Helsloot, Cor Fijneman and Mark Norman to name but a handful. Its singles discography reads more like an A to Z encyclopaedia of trance music’s producers and remixers.

On May 26th In Trance We Trust will release their extraordinary twentieth mix-comp. Commemorating this landmark is a job too formidable for any one DJ… So they’ve hired 3!

In a first for the series an In Trance We Trust compilation will field a disc trilogy, mixed by a troika of the scene’s most steadfast trance quartermasters. Collectively, Menno de Jong, Mike Saint-Jules & Sneijder have built 3 mixes that serve all-out justice to ITWT’s long established compilation history.

In terms of the music itself, well we could tell you much about ‘ITWT 020’s swirling, engrossing prog atmospheres; its affecting pad & chord soaked drops, the emotive pull of its vocals or its synthesized sky-scrape peaks. After so many releases though, you know all that! So let’s cut the ‘pacifics’ and get with the specifics! You want to know names, names, NAMES! Making the ITWT grade, you’ll find music from artists including Richard Durand, Giuseppe Ottaviani, Aly & Fila, Arctic Moon, John Askew, Arnej, Adam Nickey, Arctic Moon, Dart Rayne & Yura Moonlight, Eco, C-Systems, Virtual Vault, Activa, Adam Ellis, Temple One, Ali Wilson, Tangle and Bryan Kearney as well as (natch!) plenty from Menno, Mike & Sneijder!

Containing close to 60 tracks, it brings the label’s very latest and its up-and-coming greatest to the mix. Also included are new rebuilds of some of its earliest classic releases, with fast rising studio souls like Fady & Mina and Kinetica mixing tactical on tracks like Andain’s ‘Beautiful Things’ and Kamaya Painters legendary ‘Endless Wave’.

Last year’s Comeback Kid, Menno de Jong has returned from his timeout with many an electronic battle weapon stashed. Most recently ‘Creatures of the Night’ has floored club floors and his ITWT mix also includes new Menno-manna like ‘Connected’, ‘Any Other Day’ & the Adam Ellis collab ‘Solicitude’. Dig a bit deeper and you’re also going to find roaring audio from scene heads like Aly & Fila (with the Sue McLaren sung ‘Where To Now’), Adam Nickey sensational ‘Perfect Destiny’ and Luke Bond feat. Roxanne Emery’s chart topping ‘On Fire’.

Mike Saint-Jules is the big man whose instrumentals have been instrumental in turning his native New Yorkers on to trance. As a producer Mike’s ITWT history is estimable. Just last month his ‘The Final Frontier’ track, which features in the mix, drew impressive 9.0 and 8.5 scores from the MIXMAG & DJ Mag judges. It also includes his forthcoming ‘Space Renegade’ and ‘Broken Turn’ tracks, as well as Richard Durand’s ‘Morning Light’, Arnej ‘The Burrow’, C-Systems ‘Aeneas’ and 13 more floor flambés besides!

Alongside regular club & studio compadre Bryan Kearney, Sneijder is at the forefront of Ireland’s trance  nu-skool. His ITWT mix includes the pair’s new co-pro ‘Next Level’ and Sneijder’s own current club smacker ‘Remember Me’. There’s also plenty of the man’s remix action too. Flowing through the mix’s arteries are his reworks of Ben Gold’s ‘Fall With Me’, Aly & Fila’s ‘Speed Of Sound’ and Giuseppe Ottaviani & Marc van Linden ‘Until Monday’ + hot new sonics from Tangle, ReOrder, Will Atkinson & others.