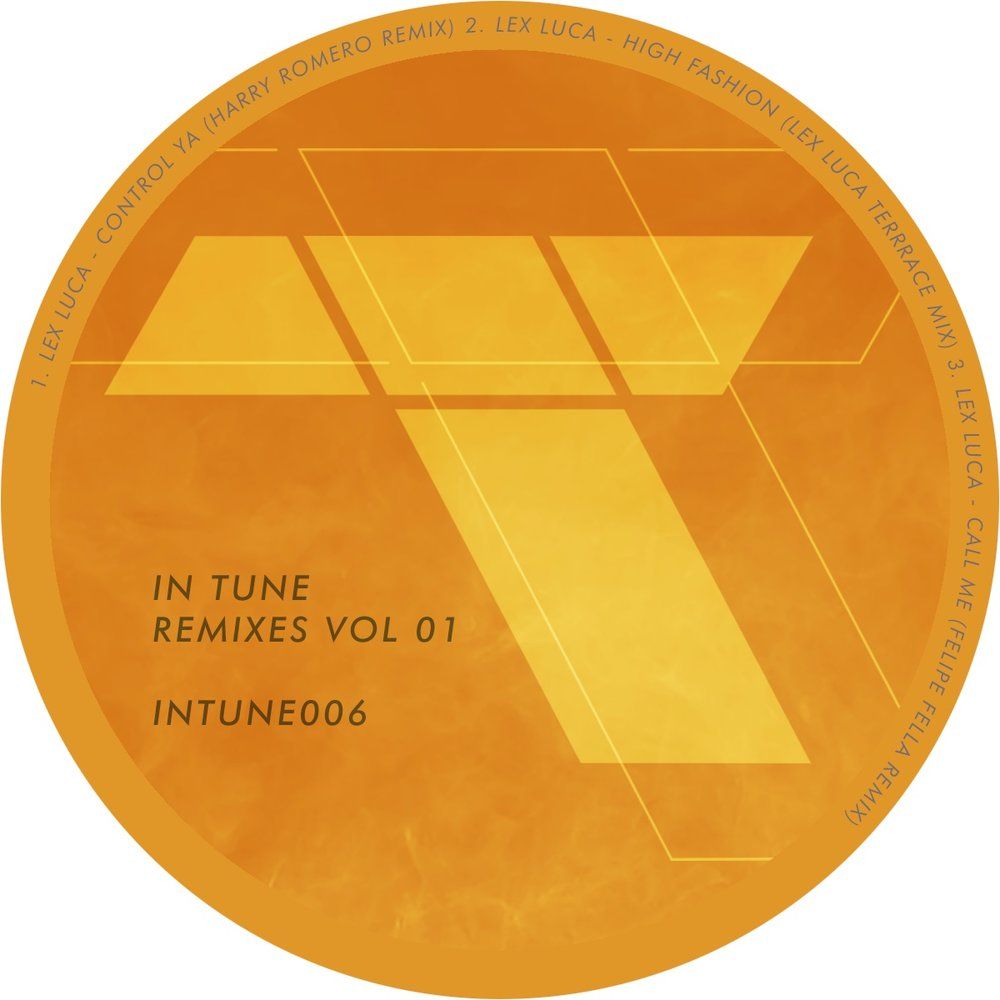 First up, Harry Romero drops his version of ‘Control Ya’. A deep, rolling, techy workout with the kind of melodic flourishes you’d expect from a producer of his stature, his remix has already found solid support from Danny Howard at Radio 1, and looks set to be a landmark release for the label.

Lex Luca reworks ‘High Fashion’ for the terraces, transforming it into a brooding tech cut with a deeply menacing atmosphere and barely releases tension. Completing the package, rising Brazilian star Felipe Fella’s bass-heavy version of ‘Call Me’ pairs a chunky bassline with scything synths and clattering percussion. One for the basements, it rounds off yet another impressive release for In Tune.