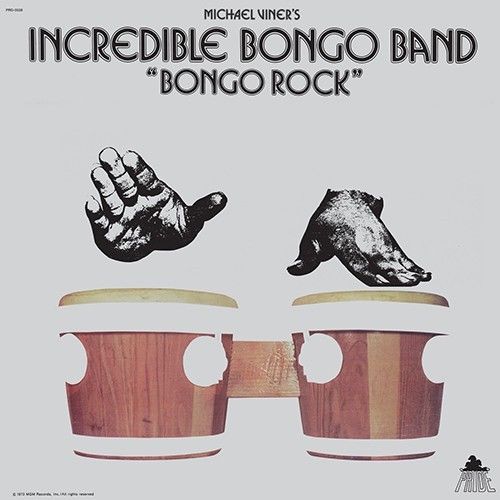 For the first time since its release in 1973: a genuine, bona fide reissue of the classic record, Bongo Rock, which became a foundation of rap and popular music, packaged as it would have been seen on the shelves in 1973. Reproduced on heavyweight 180g vinyl and in top-quality Japanese sleeves by Mr Bongo.

“Bongo Rock is significant, for being one of the musical cornerstones of rap … it is certainly one of the most sampled LP’s in history, if not the most sampled. Most every history-minded hip-hop DJ has a copy, and the first few bars of its signature number, a driving cover version of the 60’s instrumental number Apache, can send crowds into overdrive.” According to Kool Herc, the stylistic pioneer many people consider to be the father of hip-hop music, the Bongo’s “Apache” is “the national anthem of hip-hop.” – NY Times