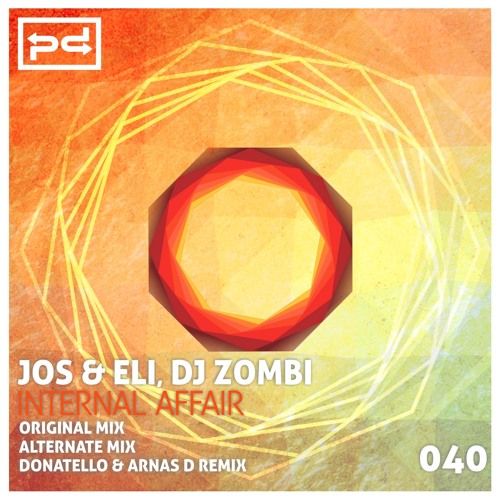 The 40th release on Darin Epsilon’s Perspectives Digital brings together three of the most exceptional producers from Tel Aviv. Jos & Eli have been on a steady, continuous rise through the ranks with EPs on respected imprints such as Diynamic, Sudbeat, Steyoyoke, Einmusika, and Parquet Recordings behind them. Together with veteran DJ Zombi (one-half of Weekend Heroes), the trio has written a massive track, namely “Internal Affairs”. The Original Mix comes complete with intricate melodies, complex percussion, tripped out FX, and a thunderous bassline. The EP also comes with a broken beat Alternate Mix as a unique interpretation of this future club anthem.

Making his 4th appearance on the Perspectives label is the unstoppable Lithuanian producer Arnas D, with long-time friend and production partner Donatello. This vibrant duo has crafted an exceptionally groovy remix that blurs the lines between Progressive, Tech, and Deep House, to superb effect.

Arnas and Donatello’s signature sound has won over countless fans and established them as two of the most successful DJ’s in their country. Together with Kastis Torrau, they overcame 1000 competitors from around the world to win the ‘Next Producer Star Competition’ organized by Beatport and Burn Studios. The result was a joint collaboration with legendary UK producer Sasha for his Last Night on Earth imprint, as well as a remix of his track ‘Cut Me Down’, which has amassed 5 million YouTube views and counting!