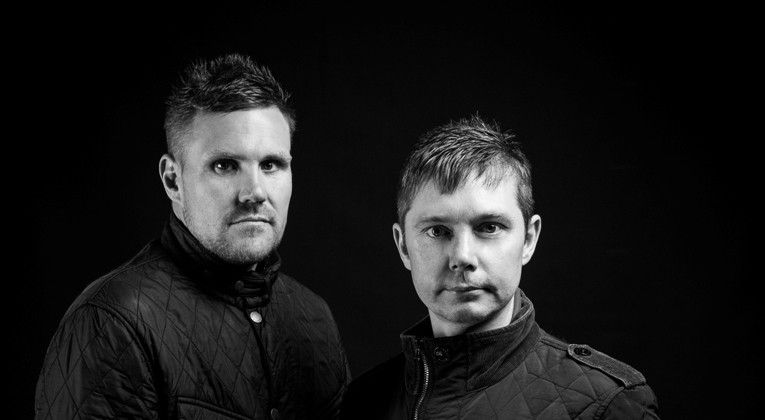 Beginning their solo careers in the clubs of Blackpool two decades ago, DJ/producer duo Fully Charged now have eight Beatport top 100s to their name, own a record label and are mates with Richard Grey. With their new track out soon we chatted to the guys about all things ‘Belly Dancer’ and why girls probably shouldn’t wear heels on stage…

Hey guys, thanks for chatting to us! Before we get on to your latest release, can you tell us the story behind Fully Charged?

Hi, thanks for talking to us we really appreciate it! We have always been into music from a very early age. It was over 20 years ago when we first begun DJing. During this time we held a residency at The Syndicate in Blackpool and four years ago we decided to turn our hand to producing, which led to the formation of Fully Charged in 2013. When we were thinking of what to call ourselves the name Fully Charged seemed perfect as our DJ sets are of high energy. We like to jump around and go crazy which in turn makes the crowds do the same.

How do you think your combined 20 years’ experience in DJing/producing makes Fully Charged work?

Well, with this much experience it can only mean one thing – we know what we’re doing! They say it takes 10 years to become an overnight success and we have double that so we think now is our time to shine.

How do you complement each other as producers? Do you each have your own strengths?

We both have our strengths and have a great connection in the studio. If one of us is not feeling the track then we simply scrap it and start again. We spend hours every day working on new ideas and how to better ourselves as producers. We might have loads of experience but you can never have too much, we always want to improve.

Your new track ‘Belly Dancer’ is a wicked collaboration with Bumer! Roben and Mike from Israel, and Big Daddi from the US – how did that come about?

We have our own label called OOO Records and Chaim aka Bumer! sent us the idea to have a listen, we immediately liked it and said we would like to get involved by putting our Fully Charged stamp on it.  Chaim was very happy as he had heard our sound and loved our track ‘Hey’ with Richard Grey so we went to work and came up with this finished product. We sent the track to our friends, the In Demand Lads who have big connections with various labels like AATW. They loved it and decided to release it through Spincredible.

The track has had some huge support, were you expecting big names to be behind it?

The track is very catchy and has an unusual style to it so we weren’t sure as most DJs play it safe. But this stands out so were 50/50 on how it might go down but we’re so happy it’s been getting the support we feel it deserves.

Where are you most looking forward to playing it?

Everywhere! We love dropping it in our sets and whenever we play it people always ask what it’s called and when it’s released.

There’s also a video to ‘Belly Dancer’ – have you got any stories from the shoot?

Alex aka Big Daddi came to one of our gigs to get some footage of him rapping on stage for the video. He decided to get two girls on stage with him and one of them had the biggest pair of heels you could imagine and the shortest dress. Maybe we shouldn’t laugh but throughout the whole song which is only 3 minutes she must have fallen 7 or 8 times! The crowd found it pretty hilarious and so did we!

Your last eight releases have soared into the Top 100 on Beatport, do you feel any pressure to replicate that success with this new track?

No we don’t as we’re confident that all our releases are good enough to chart, so we just get behind every track to give it the best possible chance. We would like to thank everyone who buys our music, it means the world to us.

Back in the day we both loved Trance so were big fans of Armin and Tiesto. Right now Dimitri Vegas & Like Mike are smashing the house, and we’re very privileged to know and work with Richard Grey.

Have you got anything else coming up that we should keep an eye out for?

Yes! We’re working very hard in the studio every day and have some big tracks ready to be unleashed to the labels – ‘Havoc’, ‘Shake It’ & ‘Back To Basics’. Watch this space!