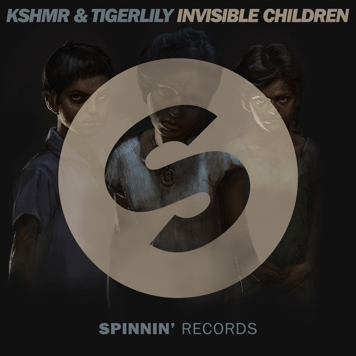 KSHMR is breaking boundaries and exciting listeners with his new house anthem. He teamed up with the female DJ/Producer Tigerlily from Australia to create this banger. ‘Invisible Children’ contains melodic sitars, stabbed synths and a surprise twerk beat at the end. The track builds up to a drop that explodes big time! The epic drop contains hard kicks and vivacious chords enhanced by very cool vocal samples and his signature Indian influences.

DJ/producer, KSHMR is known for painting a world for his audience; each production is a brushstroke, with a vision which is clearly one of epic proportions. American born and of Kashmiri-Indian descent KSHMR is known for his bangers which always include his signature sound; the sounds of the East, where his roots lie.

For his latest tune ‘Invisible Children’ KSHMR joins forces with the Australian DJ Dara Kristen Hayes, known as Tigerlily in the dance scene.

"Tigerlily first sent the idea to Tiësto, who suggested that she and I work on it together. The project was already a great start; I added my ideas and it came together pretty quickly. The name comes from a term referring to slum kids in India and places around the world where poverty is so rampant that people begin to stop noticing.", explains KSHMR about how ‘Invisible Children’ came to its existence.