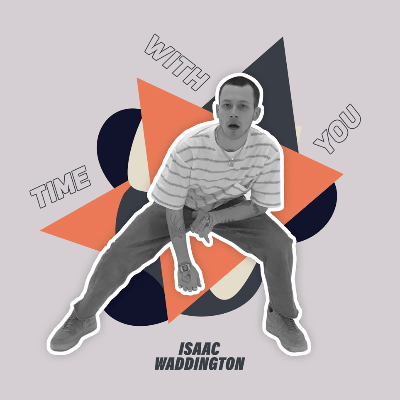 Budding singer, songwriter, and producer Isaac Waddington conveys his soulful side on latest single ‘Time With You’ – the final addition to his five releases in five consecutive weeks project.

The R&B-inspired track showcases another side to the 19-year-old’s wide-ranging musical talents, with delicate piano keys and impassioned lyrics complimenting his expansive vocal range. His most emotive release of the past five weeks, ‘Time With You’ is an ode to spending time with those who mean the most.

Taken together, the tracks make up a versatile project that draws on soul, funk, jazz, and R&B. Shifting from classic grooves and piano-led funk to sentimental ballads and contemporary sounds, different energies and shades of emotion are felt throughout the entire sequence of releases.

As Isaac’s five-week musical project comes to a close he firmly establishes himself as an artist to watch. With his vocal talent and flair for songwriting illustrated on each track, Isaac confirms his status as one of the UK’s most exciting musical prospects with final track ‘Time With You’ set for release on Friday 3rd May.