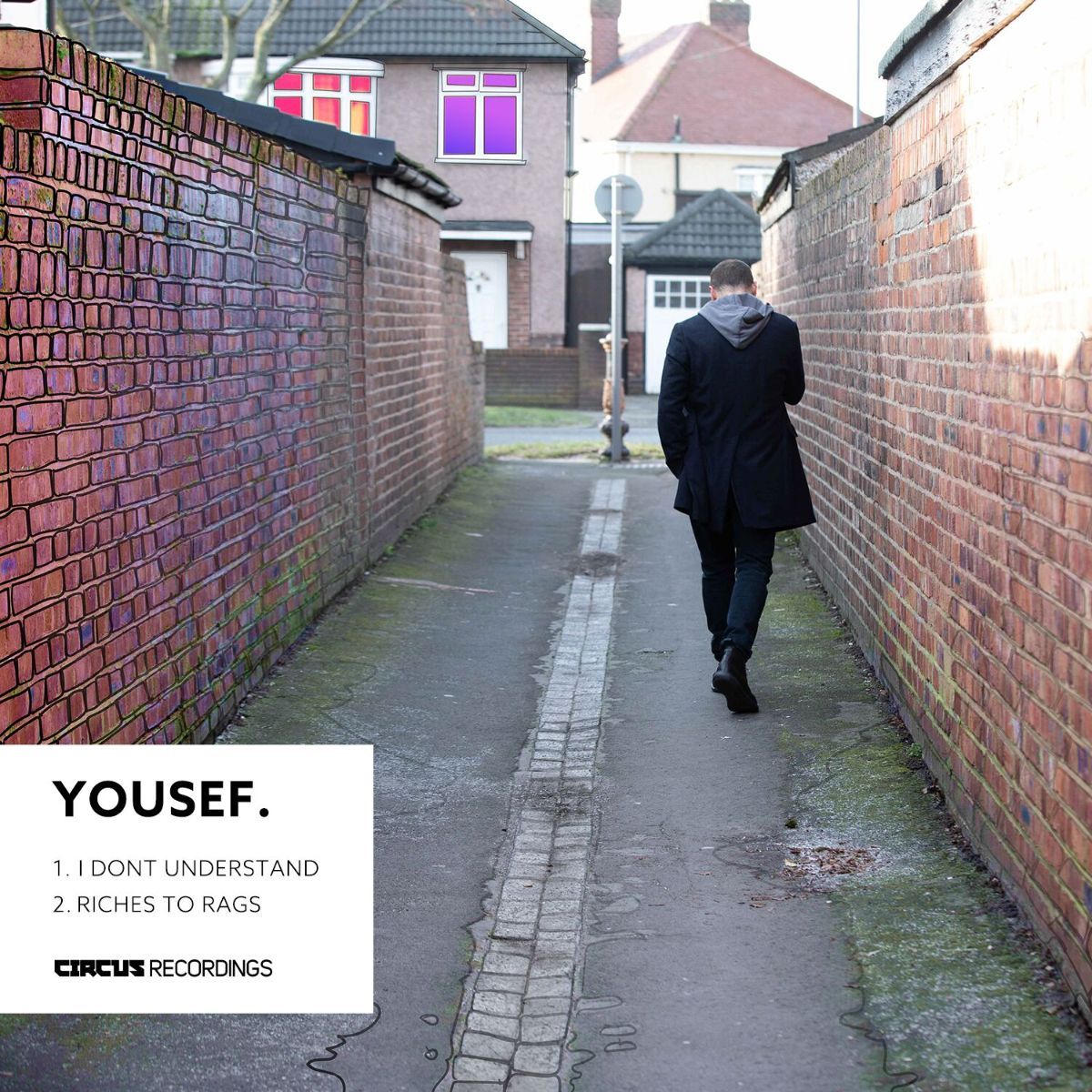 With releases spanning across many iconic dance music labels including Crosstown Rebels, Cocoon, Knee Deep In Sound, Bpitch Control and Desolat, music has become a life-defining outlet for DJ, producer and Circus event/label-head, Yousef. Having recently announced his forthcoming album ‘9 Moor Drive’, this new body of work explores his often-turbulent childhood, whilst reminiscing about all of the fun, laughter and creativity he was exposed to as a boy. ‘I Don’t Understand’ and ‘Riches To Rags’ are the debut tracks from the album, available to buy and stream now.

The thick acidic, emotive and at times challenging sounds of ‘I Don’t Understand’ becomes the first piece of the wider puzzle in Yousef’s cathartic process. Whilst the delicately composed, melancholic yet powerful ‘Riches To Rags’ represents how ‘9 Moor Drive’ descended into a place of adversity and even financial instability.

Yousef has also prepared a beautifully constructed, yet tense music video for ‘I Don’t Understand’, depicting some of the defining moments of his life at ‘9 Moor Drive’. An extremely personal video, he invites viewers to relive some of the memories that were evoked as he wrote the album.

The music video for ‘I Don’t Understand’ is now streaming on InstagramTV.

Taking pride in his success and creating a positive path for himself and his family, Yousef continues to use music as a tool in representing his cathartic journey.

Yousef ‘9 Moor Drive’ is set for release on 16th August via Circus Recording.