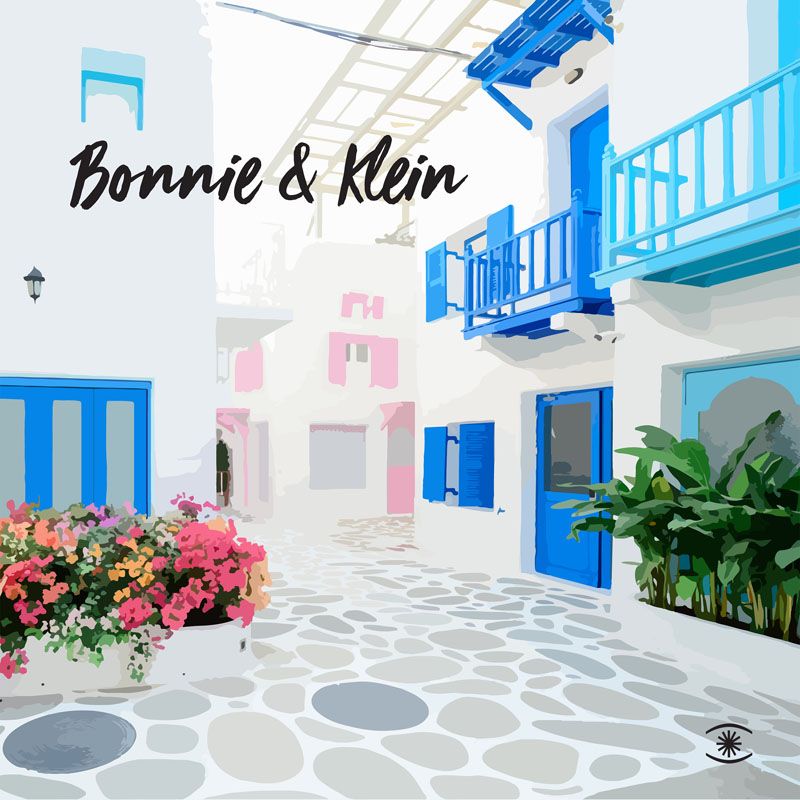 The Copenhagen-based Music For Dreams label continues to be at the vanguard of the ambient revival as well as being at the forefront of the Balearic, chill, and space disco movement. MFD has generated an excellent string of releases in 2017 from some of the most eclectic and inspired artists. Artists making waves for the label include Jan Schulte, Ruf Dug, Be Svendsen, Copenema, Nordsø and Theill Apiento, Jose Manuel, The Swan & The Lake, Ambala, Oscar Bandersen, DJ Pippi, Leo Mas, Visti & Meyland, Mackrory & Collier, and label boss Kenneth Bager.

Greek producers Bonnie & Klein established themselves in 2015 with tracks such as ‘Beautiful City’ and ‘Total Blue’ on Music For Dreams, both well on the way to becoming new Balearic classics. Embracing and flaunting Mediterranean influences, the duo have created their own distinctive sound – soft electronic rhythms blend with horizontal textures to create a fragile balance of space for the listener's mind while delivering beats for the beaches.

Born and raised in Greece, Bonnie & Klein are the aliases of George Fountzoulas and Thanasis Skouzis, two Balearica devotees who stick their musically beloved heads together to create soul moving music. They have also enjoyed releases on Seamless, Timewarp, Uber and Leng labels.

In the time-honoured tradition of Balearic producers, Bonnie & Klein confirm their authentic sound has been ‘inspired by the sea, forest, sunset, joy and pleasure’.

Music For Dreams is releasing Bonnnie & Klein on Friday 8th December 2017 on digital and stream.