Jack Trades & Heather Janssen Drop ‘On My Mind’, Out Now Jack Trades & Heather Janssen Drop ‘On My Mind’, Out Now

Calgary-based creative force Jack Trades returns to the release radar alongside fellow Canadian musician Heather Janssen with ‘On My Mind’. The esteemed powerhouse’s latest directly follows his last Physical Presents release ‘Change Your Mind’ from earlier this March, and also serves as the talent’s fourth musical offering of 2021. Out now via Physical Presents, ‘On My Mind’ is available to listen to across all streaming platforms.

The sprightly tune begins with a bouncy bassline that immediately enters the sonic space, rife with a palpably raw energy that’s as equally as enticing as it is intense. Janssen’s melodious vocal flows throughout, and is paired perfectly alongside the track’s driving ambiance. Propulsively driving, it maintains its high energy from start-to-finish with ease. The rich lyricism paints a vivid picture of strained lovers, connecting with the listener on a deep, heartfelt level with each passing second. Funky, feel-good sensibilities characterize the majority of the release, a quintessential electronic dance music gem that marks a prime addition to Jack Trades and Heather Janssen’s respective back-catalogs.

“I am an absolute sucker for songs that tackle the subject of relationships. Part of the reason being, we definitely grow and mature along the way but the truth is sometimes you just never get over that one special person. After ‘Kill Me Slowly’ it was a no-brainer in reaching out to Heather Janssen for a follow-up! No surprise here, she nails it yet again with her flawless writing, singing and emotion. Production wise, kept it very balanced to support her strong vocals but adding some dance piano elements to really give it some character. Although it took too many changes to get it right, was definitely worth it in the end. Hope you like the song as much as we do!” – Jack Trades

ABOUT JACK TRADES — Jack Trades is a Canadian DJ/producer who emerged onto the scene in 2017 with groundbreaking debut singles ‘Hurt You Hard’ and ‘High’. Over time, the Point Blank Music School graduate has honed his skills and released on venerated imprints such as Black Hole Recordings, Thrive Music, Physical Presents, and Armada Music, to name just a few. His intoxicating brand of house music has also garnered the attention of industry heavyweights the likes of Afrojack, Hardwell, Kaskade, Dimitri Vegas & Like Mike, and Oliver Heldens. The established act has also been featured via prominent dance music publications such as Your EDM, Dancing Astronaut, EDM Sauce, Run The Trap, as well as the Nightblue Music YouTube channel and Spotify’s Cardio, Fresh Finds, New Music Friday Canada and mint Canada playlists. In total, Jack Trades has been played over 14.7 million times via Spotify and YouTube alone with radio airplay and support stemming from Spotify’s Friday Cratediggers playlist, SiriusXM’s Liquid Todd’s #BetaBPM show, iHeartRadio’s Evolution and Pitbull’s Globalization Radio. The producer has remixed songs for the likes of Feenixpawl, Late Night Alumni, Shaun Frank, and Adam K & Soha.

“’On My Mind’ was such a natural project to be a part of. Not only was I excited to get to work with Jack again but being in quarantine at the time and having space to think about relationships in my own life, it naturally just wrote itself. I think because it comes from an authentic place, listeners are going to be able to feel that and relate to it in their own way. Jack’s moody, bass-heavy production just adds to that edgy, emotional feeling.” – Heather Janssen

ABOUT HEATHER JANSSEN — Heather Janssen is a pop-contemporary artist who made a name for herself with several viral YouTube uploads a decade ago. Since 2011, she has released her debut EP and highly-successful singles, and currently commands over 126k monthly listeners via Spotify. Her breakthrough original single ‘Dancing When I Die’ has gained nearly 4 million organic Spotify spins since it was released in May of 2020, a highly impressive feat.

Jack Trades and Heather Janssen’s previous collaboration ‘Kill Me Slowly’ has now garnered over over 5 million streams since its release last May and has also reached the #1 most played track on iHeartRadio Evolution. Additionally, the tune has prominently been featured via acclaimed YouTube channels the likes of The Vibe Guide, MrRevillz, and Sensual Musique, setting an exciting precedent for fans and listeners as for what to expect with ‘On My Mind’. 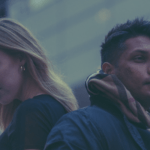