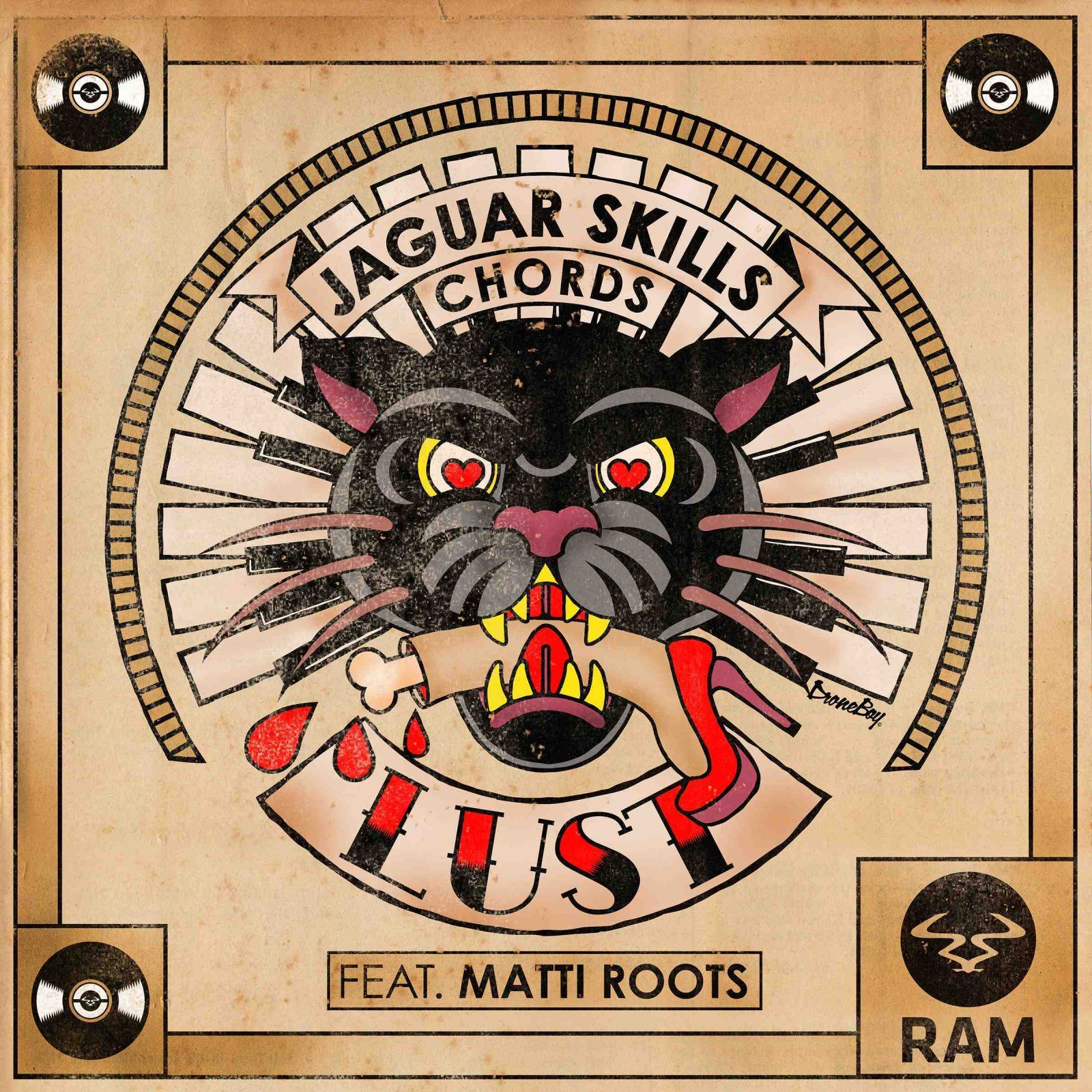 This next release demonstrates exactly what can happen when you merge a formidable heavyweight with one of the genre’s most promising talents. Jaguar Skills needs little introduction; he’s infamous for his ninja-like DJing skills with years stacked behind the decks.

As a result, it was no surprise the artist tried his hands at production alongside Chord’s impressive musicality. Already unstoppable from its conception, ‘Lust’ could only be released on an imprint known for its high quality. And RAM Records is proud to unleash this toe-tapping, catchy piece of sonic artwork on the dnb community…One that’s already taken the radio airwaves by storm.

Opening with a rhythm that curls itself around your aural senses, prepare to be pulled into ‘Lust’ by its funky groove and well-chiselled hooks. The vocal delight of Matti Roots really brings light to the seasonal feel this track creates; an arpeggio of notes underpins each high-hitting voice crescendo. Bright but not without substance, Chords’ production style is instantly recognisable. This debut from Jaguar Skills serves as a perfect platform for the high standards this mix-maker is about to set, as well as the benchmark which Chords has already carved.

On the flipside, Break holds onto the A-side’s sunny disposition, yet throws down a riddim that hits as heavy as a freight train. The foundations laid by the producer are slightly different, as it rattles forward with clinking percussion, alluding to the kind of drop Break is renowned for. With his distinctive, boundary-pushing drum rolls and bouncy, booming and concise hits, there’s no mistaking a sound which adds another dimension to the remixes’ original.

You’re also served up with another dish which is vastly different from house-guru Monstro. like the previous edit, the record’s humanism winds up within the first thirty seconds, however the seismic impact of its drop rolls out into a house-bassline that thumps with every bar. A genre transition which doesn’t fall short of the original’s production prowess, prepare to hold onto your seats because this serves as the optimal way to wrap up two striking remixes of an already impressive track list.

Dominating playlists for years to come, this release from RAM is yet again taking the genre to another level. But considering the parties involved, there was no other direction for this record to take.