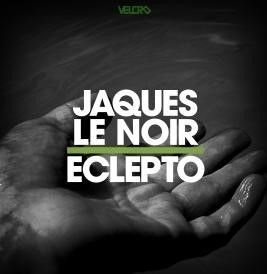 Pitch One Promo present the new single from Jaques Le Noir on the much talked about Australian based Velcro Label.

Here Jaques delivers two bass driven techno/tech-house monsters. First up is ‘Eclepto’ with a driving bass line and clever cut up vocals, guaranteed to get a very serious groove going on your dancefloors. Next up is Bare, again with Mr Noir’s signature big bass groove, rhythmic percussion and clever use of a vocal snippet.