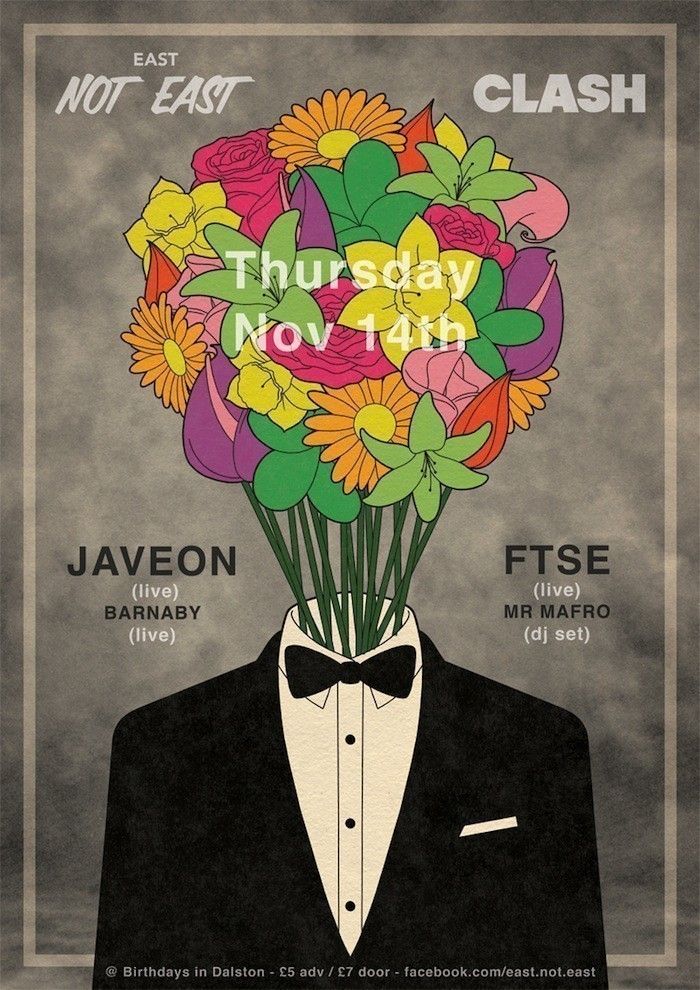 Detonating musical ley lines running the length of Kingsland Road, EASTnotEAST is a monthly conglomerate of bass munchers, beat herders and volume junkies. Based at Dalston venue Birthdays, the party returns on November 14th with a very special line up matching three newcomers against one another. Bristol bred maverick Javeon is set to play a joint-headline with FTSE, while Barnaby is also on hand to raise temperatures.

BARNABY
(https://soundcloud.com/barnabyofficial/fresh-made-lemonade)
Barnaby is a fresh and unsigned solo chap who’s finally bobbed to the surface with his debut track ‘Fresh Made Lemonade’. It’s almost four minutes of cashmere-coated R&B pop guided by his glassy vocals and fruity (in every way) lexicon. His live show will be a window into what’s to come…

MR MAFRO
The entire night will be sewn together by the sporadic micro-DJ sets of disgraced Glaswegian selector, Mr Mafro, who is famed for his legendary decade spanning clubnight Kinky Afro.