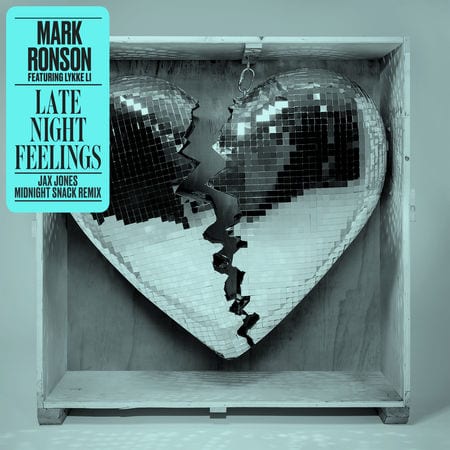 Jax appeared on Ronson’s radar after he received a folder with house music from mutual friend Diplo. A lot of his favourite tracks appeared to be produced by Jones, after which they got in touch. Last April they met up in LA after Coachella where the idea for the remix was born, only to be released one month after.

Mark Ronson explains, “I’ve been a big fan of Jax Jones’ music for a while. Even before I knew a lot of these records I was playing were produced by him. He really is one of my favourite house producers out right now. I was so excited to get this remix in and I love what he did. Turning our sleazy, lustful jam into modern disco-house euphoria.”

The Midnight Snack Remix follows successful remixes for household names including one for Missy Elliott and Pharrell Williams’ ‘WTF’ (Where They From) and ‘Bum bum Tam Tam’ by J Balvin, MC Fioti and Stefflon Don, which has surpassed 10 million combined streams.

The coming months Jax Jones can be seen live across various festivals as well as in Ibiza Rocks for his residency SNACKS this June.