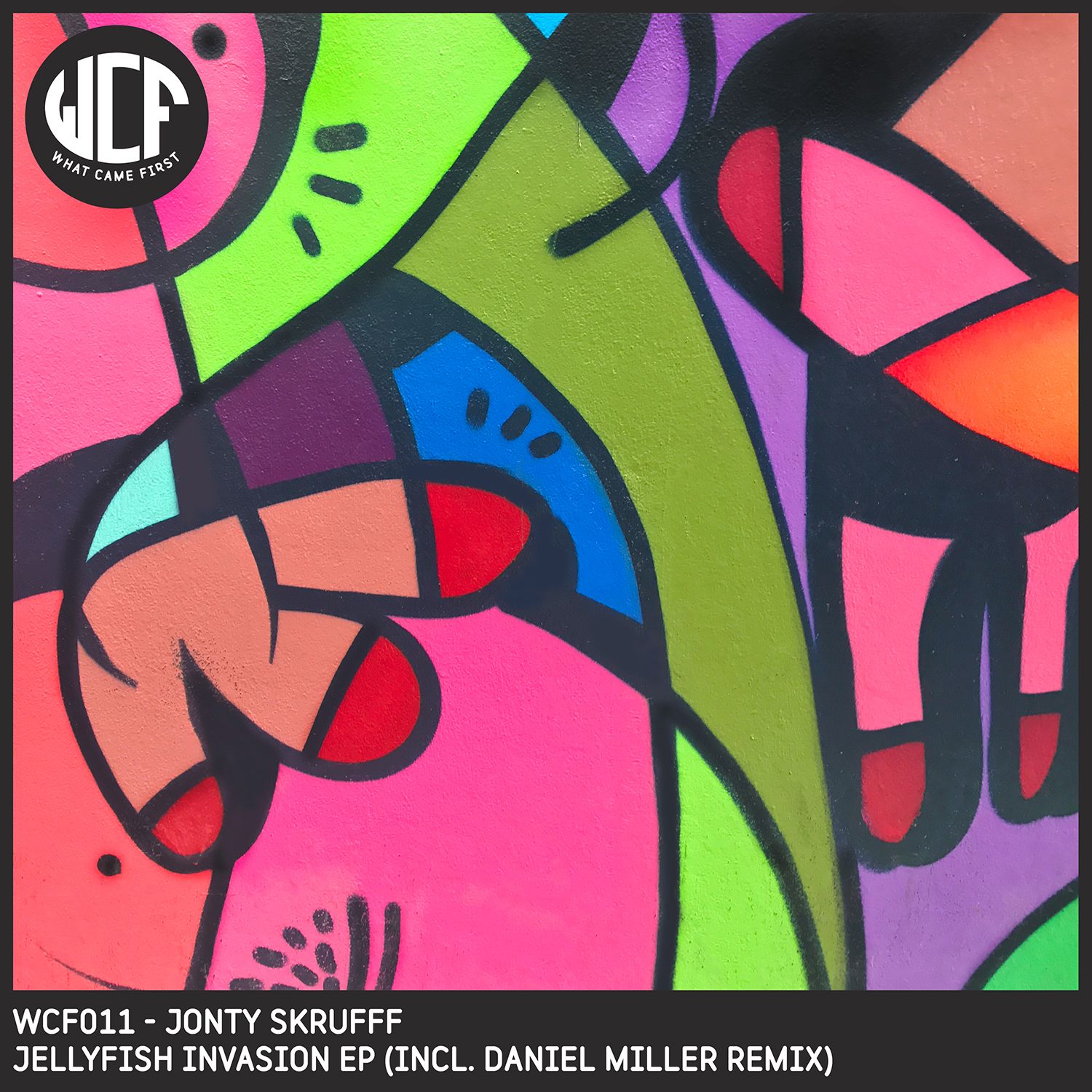 What Came First is a label run by the team behind iconic UK venue Egg London. The labels eclectic sound covers a full spectrum of House and Techno, and this new release is up-tempo Techno from Berlin based Jonty SkruFFF, featuring two original tracks and a thundering remix from Mute Records founder Daniel Miller.

Jonty SkruFFF originally from London is resident at Germany’s uber-club Sisyphos. Jonty has been a resident for six years, meanwhile also enhancing his profile in London, with a residency at Egg’s bimonthly techno party "Berlin Berlin". With previous releases on Sisyphos’ label Sisyphon and acclaimed remixes on Black Butter, Punch Music and Shitkatapult, Jonty SkruFFF’s remix of Motor’s track ‘Death Rave’ even picked up a Quartz Award in France, which is the French equivalent of a GRAMMY.

This EP also features a remix from Daniel Miller, the founder of Mute Records which signed artists such as Moby, New Order, Nick Cave & The Bad Seeds, Goldfrapp, Fad Gadget and of course Depeche Mode. Daniel Miller is also recognised for his role in helping launch synth-punk courtesy of his timeless proto-tech classic Warm Leatherette, which he release under the alias of Normal in 1978. Daniel Miller has been DJing regularly since 2012, after an invitation from Karl O’Connor aka Regis to DJ at one of their legendary Sandwell District events. Recent years have seen Daniel Miller playing techno DJ sets worldwide, becoming a regular guest DJ at places like Berghain.

No stranger to the studio, after signing Depeche Mode in the early 80s, Daniel Miller went on to co-produce their first four albums, and worked on releases from Mute favorites such as Nitzer Ebb, Erasure and Liars amongst many others. Daniel Miller today remains as heavily focused on Mute’s creative output as he ever did, and has recently relaunched the seminal sister imprint Novamute. Jonty’s two originals titled “Jellyfish Invasion” and “Warpaint” both have fast flowing percussion and dramatic synths that combined with their rumbling basslines, have a dark atmosphere full of tension.

Daniel's remix of Warpaint is a harder and more industrial rework with added intensity and a pounding kick drum.’’