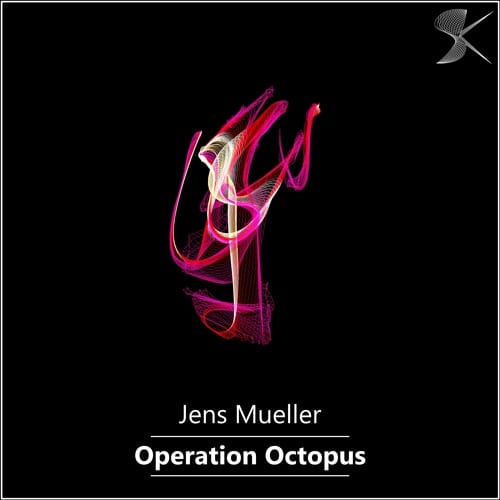 After the success of 19AX01, Jens Mueller is back with a stunning Techno track called ‘Operation Octopus’. Dark and percussive with hint of melodic elements in the background, this high tempo tune is one to bring down the clubs. ‘Operation Octopus’ delves into several highs and lows before leading up to a descending synth to kick-start the infectious beat that progress with every layer on instrumentation.

The Operation Octopus EP also features not one but two other tracks named Das Netz Der Spinneand Talamanca. Das Netz Der Spinnehas much more of an industrial feel with hints of high pitched synths that intrigue the brain before a heavy beat kicks in whereas Talamanca features a pumping bass to mimic a heartbeat with a robotic groove and deep, dark repetitiveness. All 3 productions are stunning and will certainly get the crowd going.

Originally from Essen, the heart of Germany’s Ruhr region and keeping in true German fashion Jens Mueller is the master of all things Techno. Jens has been behind the decks lighting up dance floors since 1994 and has played set’s at some of the Europe’s most prestigious events such as Love Parade and USB Festival.  Jens is also responsible for 2 Techno labels called Sound Kleckse Records and later on Techno Pressure Records. Sound Kleckse debuted back in 2009 with Jens’ famous ‘My Name Is Roland EP’

‘Operation Octopus’ is out on Jens Muller’s own label Sound Kleckse Records on the 18th June.