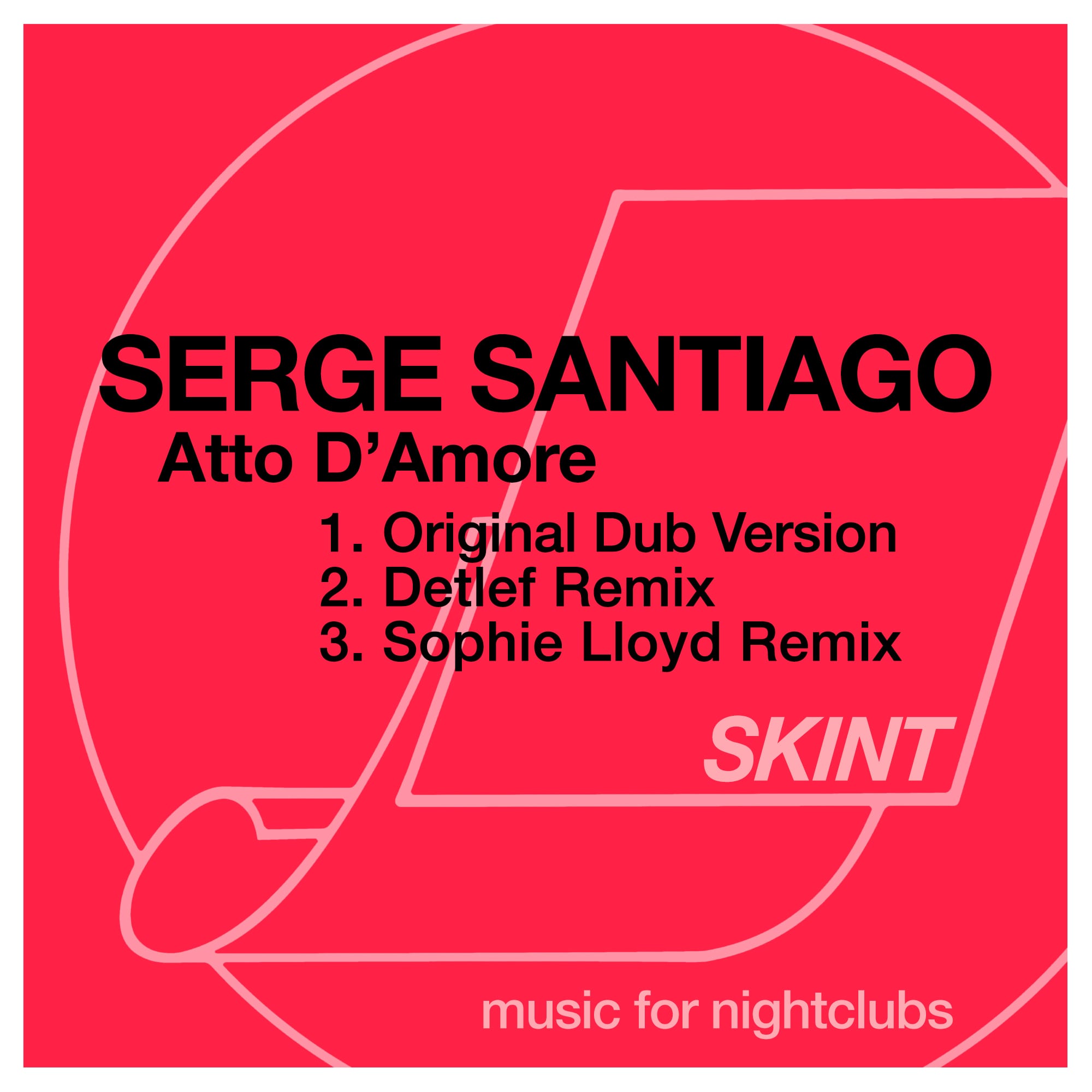 One of the UK’s most prolific producers under a number of critically acclaimed pseudonyms, Serge Santiago begins a brand-new chapter. Freshly signed to Skint Records, he returns to the scene with a fresh vision, a refined sound and his best music to date. The hype is already palpable for his new track, Krayzee, which he has been road testing to devastating effect – but the first taste comes in the shape of a revisit to his 2005 classic, Atto D’Amore. Complete with heavyweight remixes from Detlef and Sophie Lloyd to ensure this is more than just a single – it’s a serious statement of intent.

Ready to roll from the off, Serge’s Original Dub Mix sounds just as fresh as it did the first time around. The instantly recognisable synth riff leads the way as the track builds over its 8-minute run-time, never faltering or stopping for breath; the atmospheric, layered effects create a futuristic, groovy sound which doesn’t rely on cheap tactics to make its point. With its precise and considered arrangement, this is the antithesis of cookie-cutter mainstream house, and all the better for it – a timeless track that is going to make people sit up and take notice once again.

On the flipside we have two solid remixes from Detlef and Sophie Lloyd. Detlef’s tech-house mix cranks the energy up to 11 and weaves a thumping kick drum and effects across the original’s unmistakable synth, leaving a track which retains the essence of the original yet hits the spot for the new generation of clubbers. Sophie Lloyd takes things in the opposite direction and re-works the track in a distinctly Balearic style with ethereal elements that make the perfect fit for pool parties and sunsets all summer.

Ticking all the boxes across each of the mixes, Atto D’Amore is primed to be an iconic summer release when it drops on 2nd August and, like all great tracks, there’s an equally great story behind the project as Skint’s Damian Harris explains:

“When I emerged from the disco wilderness and returned to Skint I spent a lot of time pondering what a Skint record is… It’s a complicated question but Atto D’Amore is definitely one of the answers.

The record had always irritated me… Not for its perfect balance of tension, release, groove and funk or its overall excellence, but because I had missed it. It first came to my attention in 2011. It’s one of those records that makes you forget your foolish DJ pride; run up to the booth and find out what the hell it is. To then discover that, not only, was it produced by friend & fellow Brightonian Serge Santiago but he had released it in 2005! In my defence we were very busy around then but still… I vowed not to miss it again if the chance arose.”

Serge Santiago – Atto D’Amore is out 2nd August via Skint 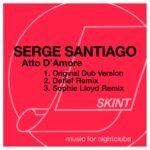