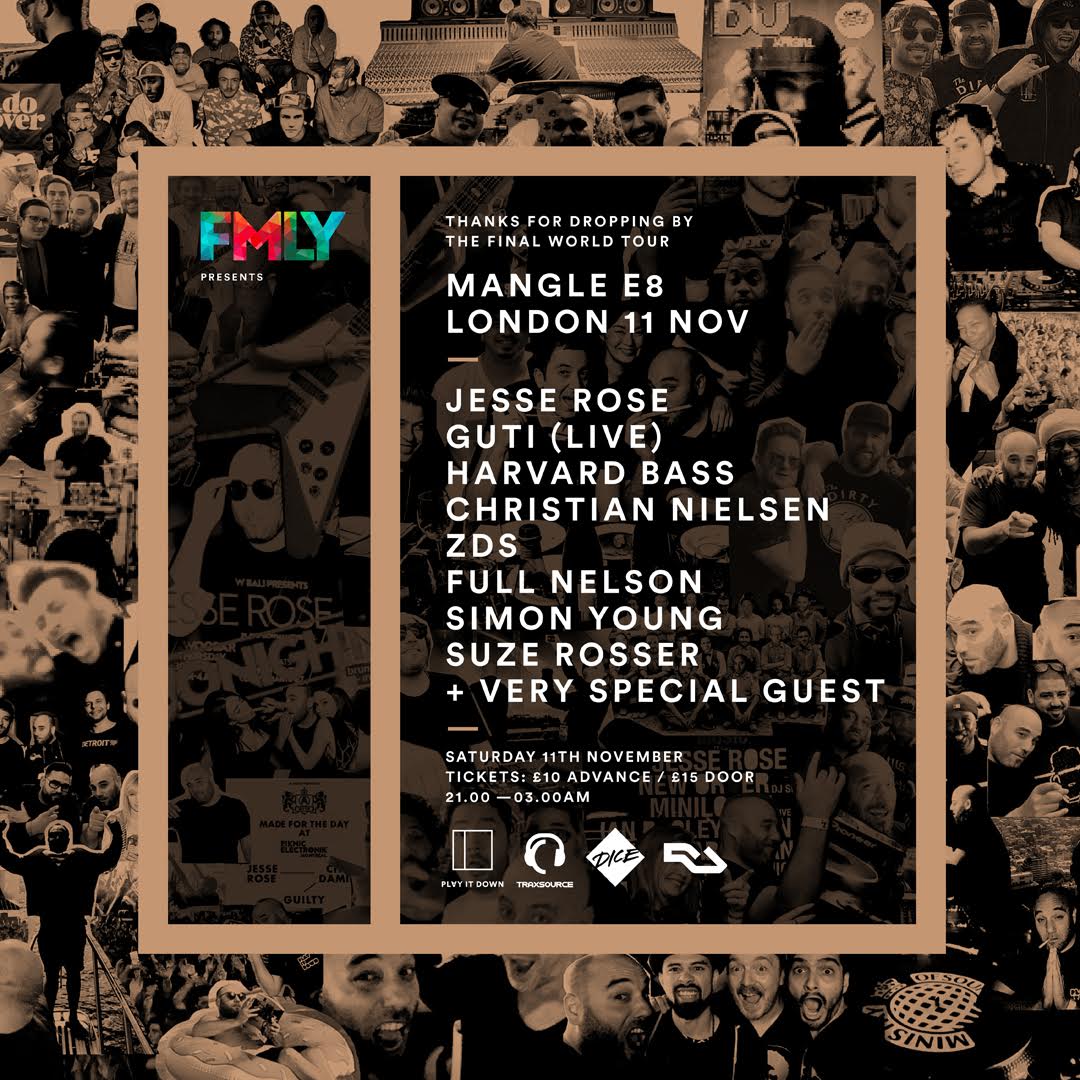 After nearly a year on the road playing over a hundred shows around the world on his ‘Thanks For dropping By’ tour, from Robert Johnson in Frankfurt, to Womb in Tokyo, Fabric in London to Rhonda in Los Angeles, Elrow in Ibiza to Oasis Festival in Marrakesh, Jesse Rose comes to the end of this final tour with two very special nights in London and Berlin.

Jesse has invited his friends and label mates from around the world to join him for these special nights and it will include a very rare set from Black Rose his project with Henrik Schwarz in Berlin and loads of unexpected antics in London including special unannounced guests.

Throughout his career Jesse has crossed the spectrum of House and Techno with releases and remixes for the labels and artists such as Classic, KMS, Bob Marley, Rufus, Underworld, Childish Gambino, Cassius, DJ Sneak, TEED, Kendrick Lamar and literally hundreds more as well as his own renowned labels including Play It Down. He’s been put into the BBC 1 Hall of Fame, had residencies at both Panoramabar and fabric and help to build many artists throughout the last two decades.