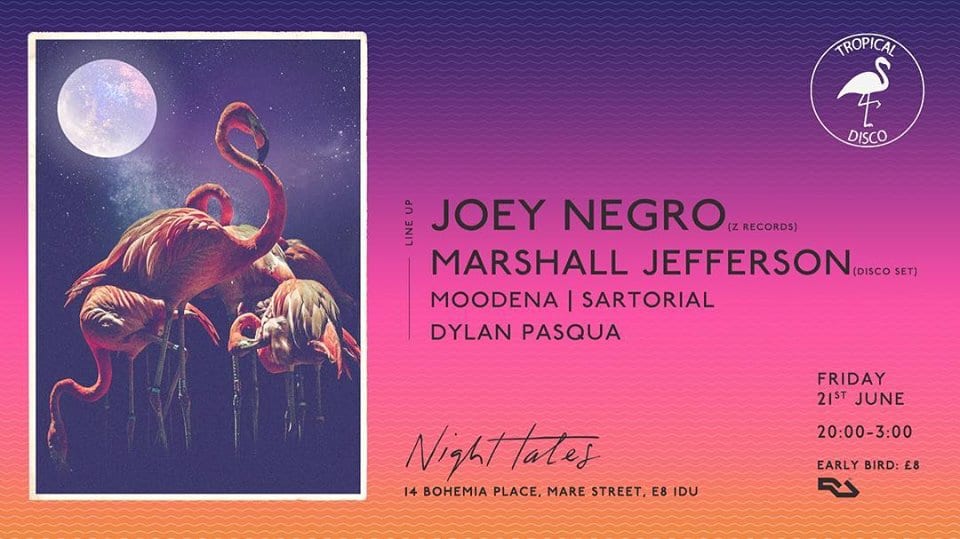 Flanked by one of the founding fathers of house music, Chicago’s Marshall Jefferson,  a pivotal figure in the city’s explosive house scene and behind seminal house anthems such as ‘Move Your Body’, ‘7 Ways To Jack’ and Ten City’s ‘Devotion’. Marshall gets in rare disco mix mood and is joined by two of his and Joey’s biggest fans from the Tropical Disco Records label – Moodena & Sartorial – whose latest vinyl release ‘Tropical Disco Vol 9’ has notched up #no 1 slots on deejay.de , Traxsource and #No 2 on Juno. One of the UK’s brightest new imprints, Tropical Disco have enjoyed a string of consistently successful releases especially this year and last year with Moodena leading the charge with the first #No 1 for the label with ‘Strawberry Jam’ followed by ‘Boogie Monsta’ and the Danny Krivit fave ‘What Da Funk’. Flanked by fellow discoteer Sartorial whose no slouch with his ‘Welcome to the Disco’ and At Midnight’ jams. In addition to their rapid release schedule, Moodena and Sartorial host a solid residency at No. 90 as well as waving the disco flag across the seas in Barcelona, Bali and Tunisia. 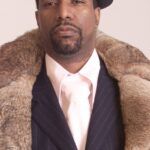 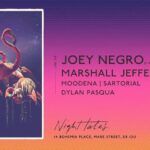 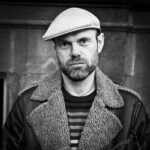