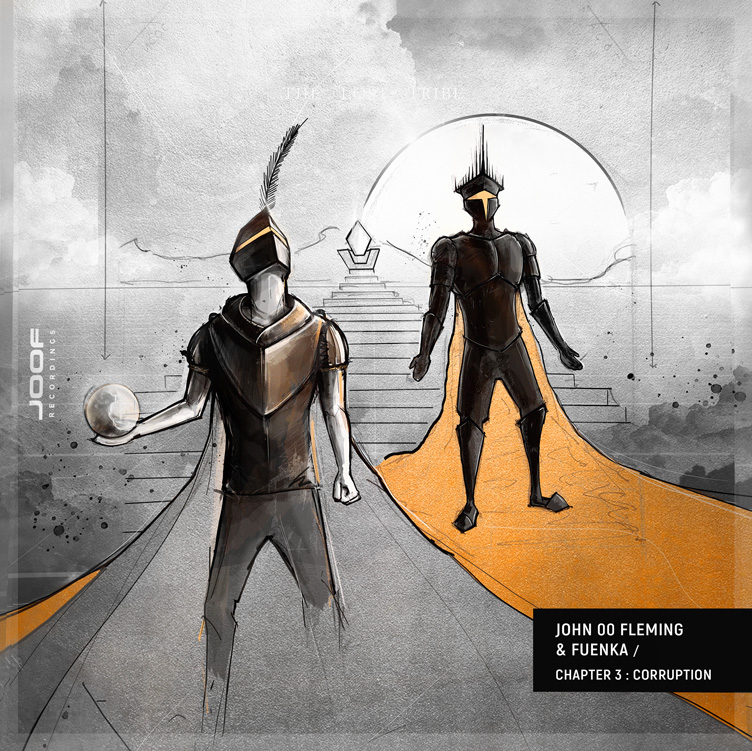 As pretty much everyone in trancedom knows, John 00 Fleming is not adverse to the epic. There is though the epic and then there’s the EPIC, and there’s no prizes for guessing which of the two ‘Corruption’ falls into. Standing 17 minutes tall, the track is the third ‘Chapter’ from John’s album-prefacing/ breadcrumb-trail-laying run of 2021 singles.

Following its ‘Explorer’ introducer and the world surveying ‘The Finding’, ‘Corruption’ suggests all’s not quite as rosy as first appeared to our (presumably) inter-planetary visitor. For the track, John’s been joined by JOOF Recordings cohorts Fuenka, and collectively the UK trio have gone beyond in their mission to musically encapsulate its theme.

Now for those anticipating a classic three-act trancer, well, we’ll refer you back to that previous comment on “epic”. Indeed, the track has something of its own odyssey-like ‘story-within-a-story’ to unwrap. John & Fuenka give the opening minutes to scene-setting ambience, as timbale percussion, chirping cicadas and ethnic harmonies initially swirl those ‘Corruption’ waters deep. In a measured fashion it then enters a five + minute run of hypnotic, progressive throb, applying layers of diving-bell-deep drums, earthmoving bass and coolly curling 303.

Despite its expansive runtime, you’ll never be in any doubt that our protagonists’ have a clear endgame in mind for ‘Corruption’. That’s brought into the sharpest of perspectives around the nine-minute mark, as the towering chime of its majestic leadline rips free with a power that must be heard to be believed.

Again carrying bespoke hand-drawn, JOOF-commissioned artwork, ‘Corruption’s cover echoes the ‘twist’ like ambiguity that’s now been thrown into the album’s storyline. A track you could (and will!) loop for hours, ‘Chapter 3: Corruption’ is available as of today through Spotify (http://open.spotify.com/album/18dptYY3NuxDAxZRNsmix0). 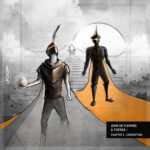