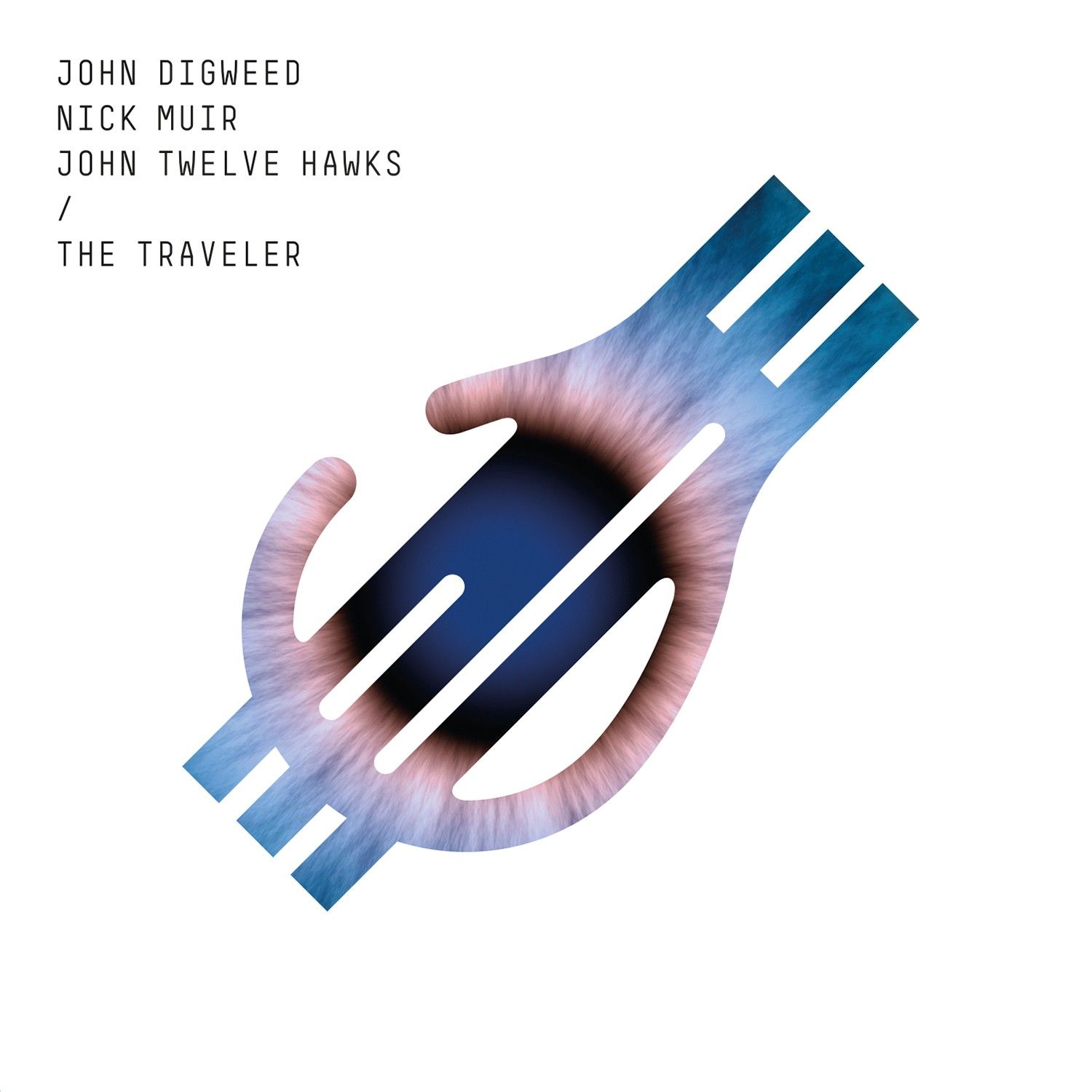 John Digweed and Nick Muir’s partnership has been one of electronic music’s most fruitful pairings, leaving a body of work that’s seen them become one of the world’s most highly regarded production duos. While science fiction and electronic music have intertwined at numerous points since the emergence of the genre – from Jeff Mills to Global Communication and beyond – together with bestselling author, John Twelve Hawks, Digweed & Muir have taken the relationship into new territory and the album, ‘The Traveler’, is the result of this symbiotic connection.

Hawks wrote his trilogy of ‘The Traveler’ novels while listening to Digweed’s mix albums and weekly radio show, Transitions. After contacting the UK DJ and producer and an exchange that crossed several years (for reasons John outlines below), they agreed to work together to bring Hawks works to life via a collaborative album, and with Hawks as the narrator. The end result saw Hawks travel to the UK in secret, (he lives ‘off the grid’, hiding behind a secret identity due to his beliefs regarding the intrusiveness of the modern state and digital society – themes that are central to his work) and recorded his spoken word contributions to accompany an electronic music soundtrack created by Digweed and Muir. The meeting took place in the “middle of nowhere”, Hawks then disappeared back to whence he came, and the three have had limited contact since.

‘The Traveler’ is a unique and fascinating album, providing a listening experience that exists far beyond the dancefloor – though the track ‘3B3’ will be released as a single including a picture disk format. The music draws the listener deep into the world of the ‘The Traveler’, brought further to life by Hawks spoken word passages taken directly from the novel. The accompanying physical release features extensive sleevenotes and artwork, making it an extremely collectable item for fans and beyond.

JOHN DIGWEED SAID:
“It all started when a copy of the book The Traveler was sent to me from John Twelve Hawks publishers with a letter explaining that John had been listening to my Transitions Radio show while writing the book and wanted me to have a copy as a thank you. Due to my busy schedule it wasn’t until the following year when I was on holiday that I finally got a chance to read the book. From the very first page I was hooked and couldn’t put it down until it was finished.”

Digweed continues:
“I left a little thank you message in Jan 2009 thanking John through his website and didn’t think any more about it. Fast forward to Oct 2010 when, in the course clearing out my junk emails, I came across a reply from John Hawks himself – which I had completely missed. You can imagine how I felt! I responded straight away and this is an extract from the reply I received:

“I just wanted to say that I’ve followed your career over the years and have always wondered if we could create a project together. Contacting you was not a casual action. I know what you’ve done. In fact, while I’m writing this, I’m listening to GU 006: Sydney. I played what I call the “dark” CD — CD 1 — hundreds of times while I was writing book two of the trilogy, The Dark River. I’m bringing it up because — like any good DJ — you were able to establish a building momentum, a mood and a climax. This is what any dramatic form does: a film, novel or play.”

“So I thought, why not mix genres? A telephone conversation was arranged with John on his satellite phone, conducted via his voice scrambler that he uses on all his telephone conversations. We agreed that Nick and myself would attempt a project consisting of music based on passages from the book and after some initial discussions, it was decided that John Twelve Hawks would be the narrator. This posed a problem however, as John maintains strict secrecy about his identity in order that he may express his ideas about modern day threats to personal liberty more freely. At first, a meeting with him seemed out of the question. So we tried recording his voice down the phone through his voice changing software, but it quickly became obvious that we would need to record him directly in order to ensure his narrated contributions were clear and fully audible.”

“We put this to John and he graciously agreed. We arranged a meeting with him, ‘off the grid’ as he puts it, in the middle of nowhere. He duly arrived at the appointed time, obviously we can’t say anything about this meeting, what he looked like or how he was as a person as this would betray his trust; however, all went well and we recorded his narrated passages which he delivered perfectly like the consummate professional he is. And then, after a few brief pleasantries, he was gone as quickly as he had arrived. We haven’t seen him since, nor spoken to him save for a few communications relayed on email from his protected account.

“His contributions have been treated and changed with software in a variety of different ways on the album and the original recordings of his voice have been deleted to further protect his identity. These measures may seem drastic but this is how he wishes to conduct his career as an author in relation to the subject matter he deals with and we completely respect that. He is a perfect example of how it is possible to operate within an underground culture and we are privileged and delighted to bring a musical perspective to his ideas.”