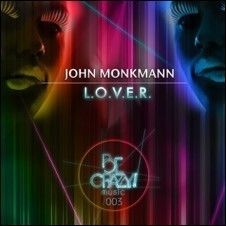 John Monkman is next in line for release on Jean Claude Ades’ Be Crazy label in September this year with his track ‘L.O.V.E.R’, an unpretentious, energy building, 80’s disco, deep house track.

Last year kicked off with ‘Don’t have to be Beautiful’ which went straight to number one on Beatport. Since then he has released a stream of successful tracks including ‘Follow Me’ (Get Physical) ‘K.I.S.S. M.E.’ and ‘Noisily’ that have become staple weapons amongst the worlds top house DJ’s including the likes of Seth Troxler and Laurent Garnier. His sound deep and sexy that draws in elements of 80’s disco and deep house.

John Monkman will be playing alongside DJ, producer and record label lynchpin Jean Claude Ades at the renowned Be Crazy party on 21st August at Ushuaïa Tower, Ibiza’s most exclusive day and night setting, notorious for bringing in the best DJs in the world.