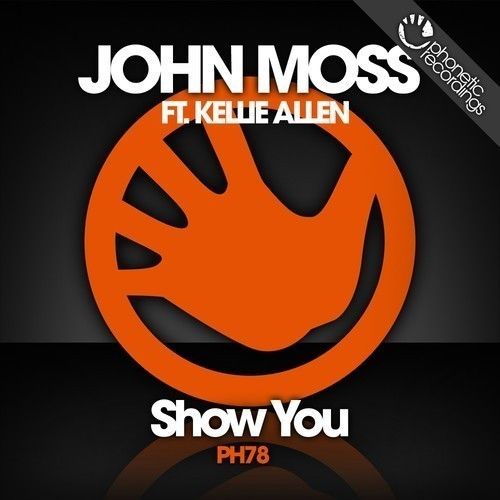 Phonetic Recordings are proud to present the new single from John Moss featuring vocals from Kellie Allen with Will Clarke and Kisch on remix duty.

John Moss is best known as one of the legendary Bora Bora Ibiza residents. His recent “Ritmo De La Noche Ibiza” album was a firm favourite for Phonetic this summer, John’s productions have featured on labels such as Toolroom, Stripped Recordings, and Urbantorque with regular support from Mark Knight, Laurent Garnier, John Digweed, Nic Fanciulli, Martijn ten Velden, MC Flipside and Fedde Le Grand to name but a few.

Kellie has written, recorded and performed music since she was sixteen and has had material released on EMI, Warner Music Group, Toolroom and Seamless with regular support from Paul Oakenfold, Dave Seaman, Maor Levi, Miguel Migs and Sam Divine. Kellie’s live performances have featured on MTV and VEVO with her songs championed by Capital FM, KISS FM, E4, ITV, Channel 5, Big Brother and many more.

‘Show You’ is a rich bass heavy track with a funky driving rhythm, the stabbing percussion and reverberating bass makes this a dance floor thriller set to make your feet move.

Will Clarke is a seriously hard working house music producer and DJ, cutting his teeth as a 13 year old, playing in Ibiza since he was 17. Will’s style has been described as Bassline Jacking House, already working with some of the finest labels in the industry, here Will’s ‘VIP’ mix is a gritty street sound that cries out for an underground rave. It merges an old-school Bassline with modern production tools and is designed to get the blood pumping.

Kisch is another already much talked about talent. mentored by Ibiza’s Pete Gooding…2013 sees this North London producer unleash his talents onto the world of Electronic Music. Kisch’s mix is a rhythmic groove combined with snappy percussion, a cleverly balanced and well thought-out production that will get those big rooms rocking.