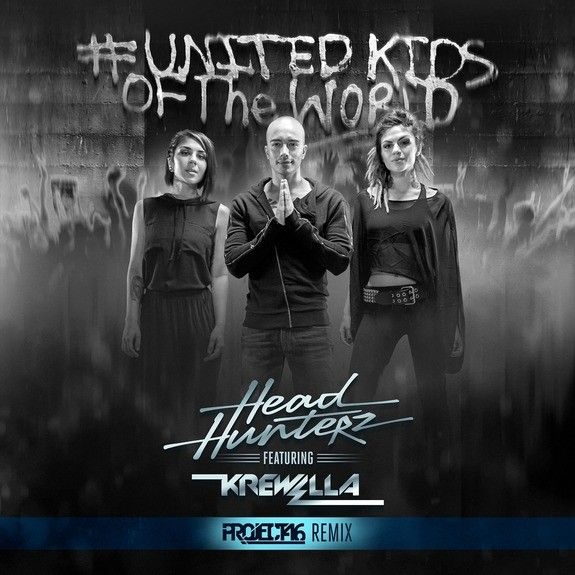 Canadian DJ & production duo Project 46 are fast securing a name for themselves as one of the hottest acts on the progressive house scene, so it should come as no surprise that breakthrough bass outfit Krewella and master of hardstyle Headhunterz asked them to take on remix duties for their latest smash hit. ‘United Kids of the World’ (Project 46 remix) is out now via Ultra Records.

Created as an anti-bullying anthem to raise awareness to both prevent and combat bullying, Ryan and Thomas have ensured they remain sympathetic to Krewella’s original statement whilst making sure to leave their own signature on it. Stripping the song back to its bare bones to get right to the heart of the message, the pair layer Yasmine and Jahan’s beautiful vocals against a mesmerizing melody and deep bass lines, seamlessly reworking the hardstyle floorfiller into a melodic vocal house anthem. Receiving rapturous response from fans when it was first teased during their set at TomorrowWorld back in September, Project 46 have created a stunning rework that is at home on both the dancefloor and airwaves alike.

Ryan and Thomas’ latest offering caps off what has been yet another phenomenal year for Project 46. Fresh off the back of a tour of the US, where they were handpicked by none other than dance legend Morgan Page as rising stars to watch – joining him as support during his ‘Morgan Page presents 3D concert experience’ this Fall – the pair have also recently played to sell-out crowds at a series of headline dates across the US and Canada. Throw in their chart-storming hit ‘Last Chance’ – which saw their dream of collaborating with Kaskade realized – the launch of their weekly Pancake Radio show, as well as a surprise collaboration with one of the hottest names in electronic music set to drop at the beginning of next year and it’s clear to see that 2014 is theirs for the taking.