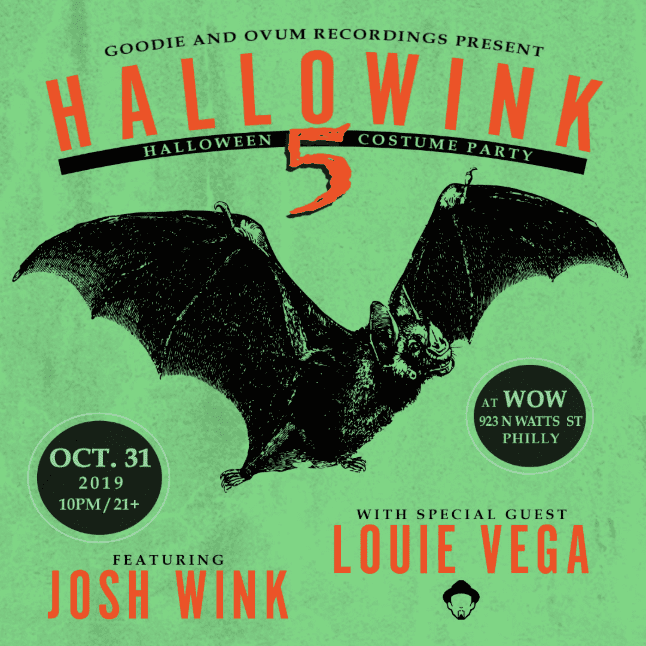 New York house veteran Louie Vega has been unveiled as the special guest for Josh Wink’s Hallowink 5 party, held on October 31st at W.O.W. in Philadelphia, and in association with longtime partner GOODIE.

A homecoming performance for Wink, Hallowink 5 is a Halloween costume party with a 21+ age policy that kicks off at 10pm.

The annual event has previously hosted the likes of Richie Hawtin, Seth Troxler, Anja Schneider and Paco Osuna, and can now add one of house music’s most recognisable figures to the list. One half of seminal dance duo Masters at Work alongside Kenny ‘Dope’ Gonzales, Louie Vega recently remixed Wink’s 1998 classic ‘Sixth Sense’ as part of an Ovum Recordings 25th anniversary package.

Since his 1995 breakthrough hit ‘Higher State of Consciousness’, Josh Wink has established himself as one of the most influential artists in electronic music, performing at some of the scene’s biggest events, including BPM Festival, CRSSD Festival, Tomorrowland, Music On, Neopop, Ultra Miami, and Carl Cox’s ‘Final Chapter’ closing party at Space Ibiza.

One of the most exciting dates in Josh Wink’s calendar, Hallowink 5 sees him return to the city where it all started for him. 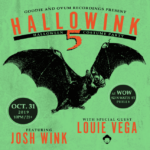