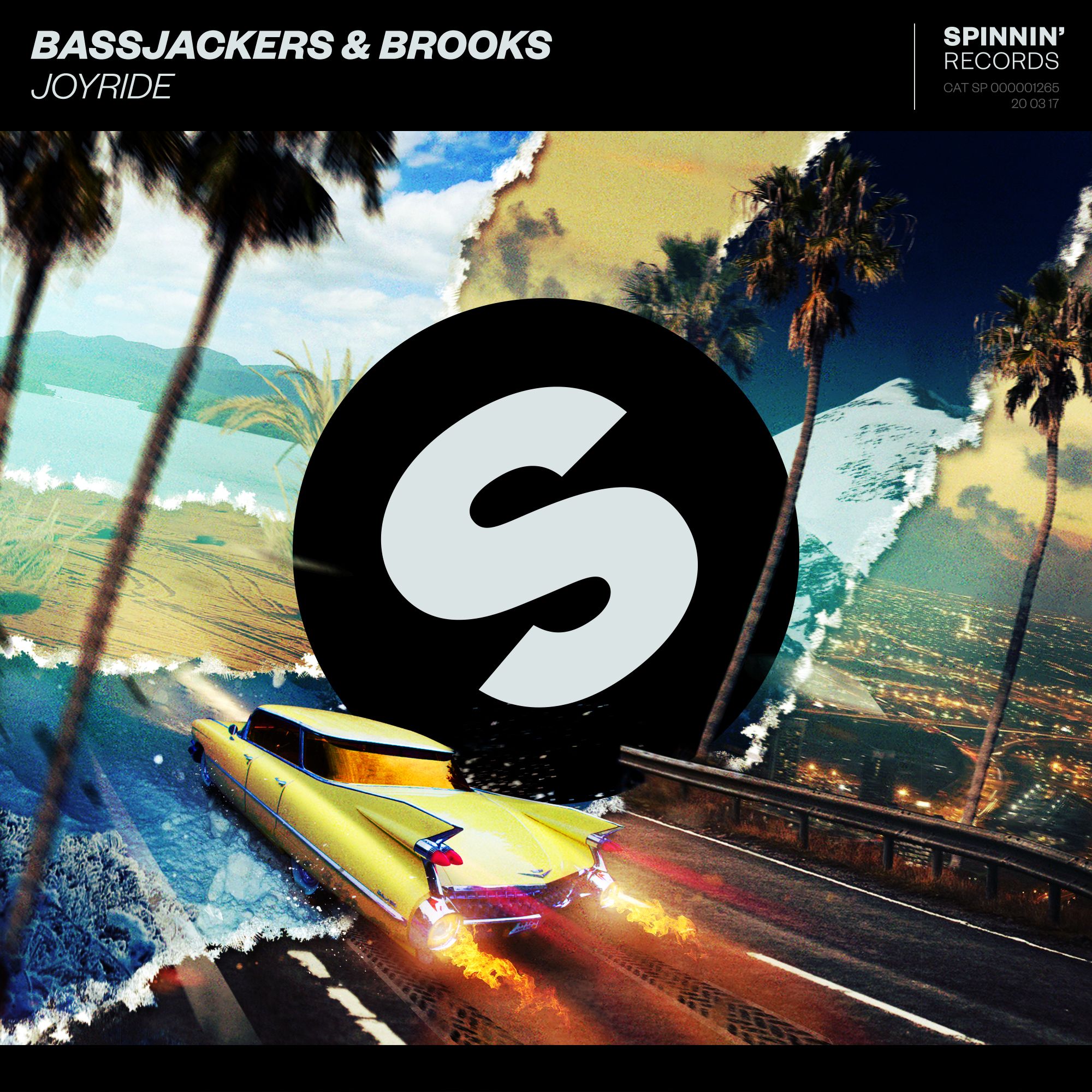 Bassjackers and Brooks are taking you on a joyous ride with this electric banger. It’s a combination that has worked before and is bound to make people go crazy again for sure. The record is built around mighty beats and an appetizing synth that is taking the lead in this tune. Hop aboard on this ‘Joyride’!

DJ, Marlon Flohr, and producer, Ralph van Hilst, who together form Bassjackers, are perfectly in sync as a duo. Their opposing personalities – Marlon being the wild one rocking every stage they play and Ralph the more cool and collective preferring to shine behind the scene on the producer seat, are a perfect combination for this unique one dj-one producer collaboration. Bassjackers have reached massive new heights in their career with numerous chart-topping bangers and hit collaborations with the likes of Martin Garrix, Afrojack, KSHMR, Dyro, R3hab, and Showtek, to name a few, as well as remixes for A-list artists including Rihanna, Enrique Iglesias, Moby, and Ne-Yo. At the top of their game, Bassjackers continue to tear up stages worldwide and wow crowds along the way, while their music exceeds over millions of streams on Spotify.

"When browsing through Brooks' files, we found this amazing melody which apparently had been awaiting production for over 1,5 years! We were happy to step in and produce our second track with Brooks: ‘Joyride’.” – Bassjackers

Brooks, born and raised in the Netherlands, however with his production skills he already goes far beyond the highest mountains. Over the past years, he has created his own innovative style of rhythmic electro house & hard melodic progressive house. If you take in mind this young guy is handpicked by Showtek, you can only say this must be a highly talented producer. He's ready to turn the world upside down with his typical mixture of hypnotizing breaks & dazzling drops, be prepared for the thundering Brooks.