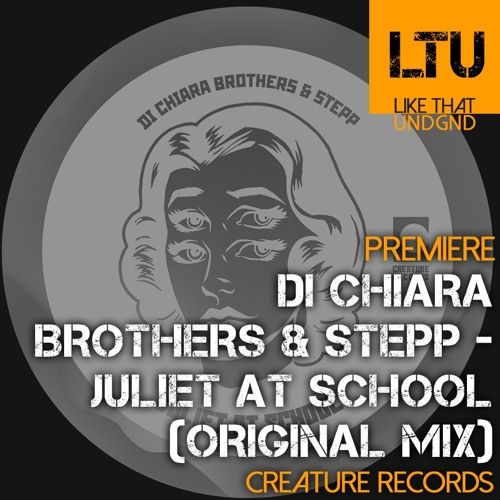 The Italian duo present along with Stepp the first reference of Creature Records, their recently founded label.

Michele and Davide, better known as Di Chiara Brothers in the electronic music industry, keep consolidating their career as producers in the international scene. If they presented themselves as the new talents of the Italian scene barely a lustrum ago, now we can say, without fear of being wrong, that they are one of the most outstanding duos. The fact that their performances are required all over Europe and America, their productions are released on labels such as Roush, Sanity, Safe, My Little Dog and Play My Track, and played by artists as influential as Jay Lumen, Cuartero, Hector Couto, Dosem, Mathias Kaden and Sidney Charles are the perfect proof of it.

“Juliet at School” is their new project and the first reference of Creature Records, the label that Di Chiara Brothers and Stepp have just founded. This time the Italian brothers along with the also Italian producer Stepp, Stefano Esposito´s new aka, opt for rhythms with more groove in which the vocals specially outstand, absolutely captivating, that drag the listener to a new state of mind of which the return seems unlikely.

Di Chiara Brothers and Stepp confirm with this new original track what we sensed, and that is that we are facing two of the most interesting current producers, now with their own label.