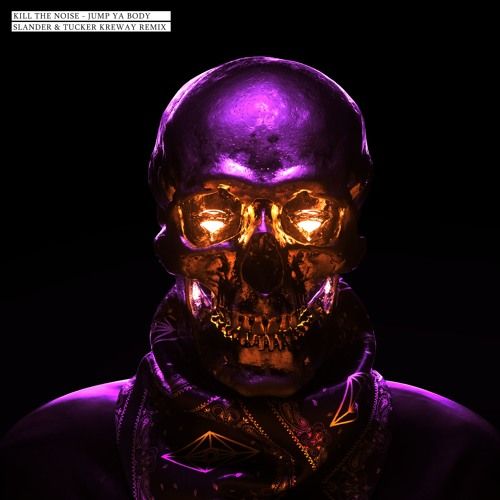 After teasing listeners with distinctively melody-driven releases earlier this summer, SLANDERreturns to their hard-hitting, party-starting bass sound with their remix of Kill the Noise's "Jump Ya Body," featuring vocals by Mercedes. The duo teamed up with up-and-coming Canadianproducer Tucker Kreway for the remix, which opens with electro-inspired melodies-almost fooling listeners into believing this will be a tame track-before building to a drop that intermingles stabbing, machine gun-eque synths with grinding basslines. "Kill The Noise has always been a huge influence of ours over the years! After doing our remix for his album back in 2016 we knew we had to do another one sometime in the future and we felt 'Jump Ya Body' was the perfect song to update and put our spin on!," says SLANDER about the remix, which they are releasing as a free download. "Also, it was a privilege to work together with Tucker Kreway on this one! He's an incredible upcoming talent from Canada and everyone should check out his music!" With rumors of a SLANDER tour in North & South America on the horizon, make sure to stay tuned for more details!

SLANDER first made waves in the scene when they debuted their remix of Showtek's "We Like to Party" in 2014, coining their unique sound. However, SLANDER has proven they are capable of so much more than remixes and a singular genre. The duo caught the attention of the industry and fans alike with their original productions and an evolved sound, as recently evidenced on "Welcome To The Fire" with Sullivan King, "I Can't Escape" with SAYMYNAME featuring Feli Ferraro and "Happy Now." SLANDER teamed up with American Idol finalist Juliana Chahayedon their latest release "So Long," a catchy future bass anthem with a summertime vibe. Their ability to produce both bass-heavy headbangers and emotionally stirring melodies distinguishes them as talented, multifaceted producers, not to mention their charismatic stage presence. Together with NGHTMRE, SLANDER has made their "Gud Vibrations" event concept into a bonafide lifestyle. In 2018 they sold out their Miami Music Week's Gud Vibrations Boat Party in less than 3 minutes, and continue to branch out and grow their brand. This is only the beginning for SLANDER, so stay tuned to see what they have up their sleeve next.