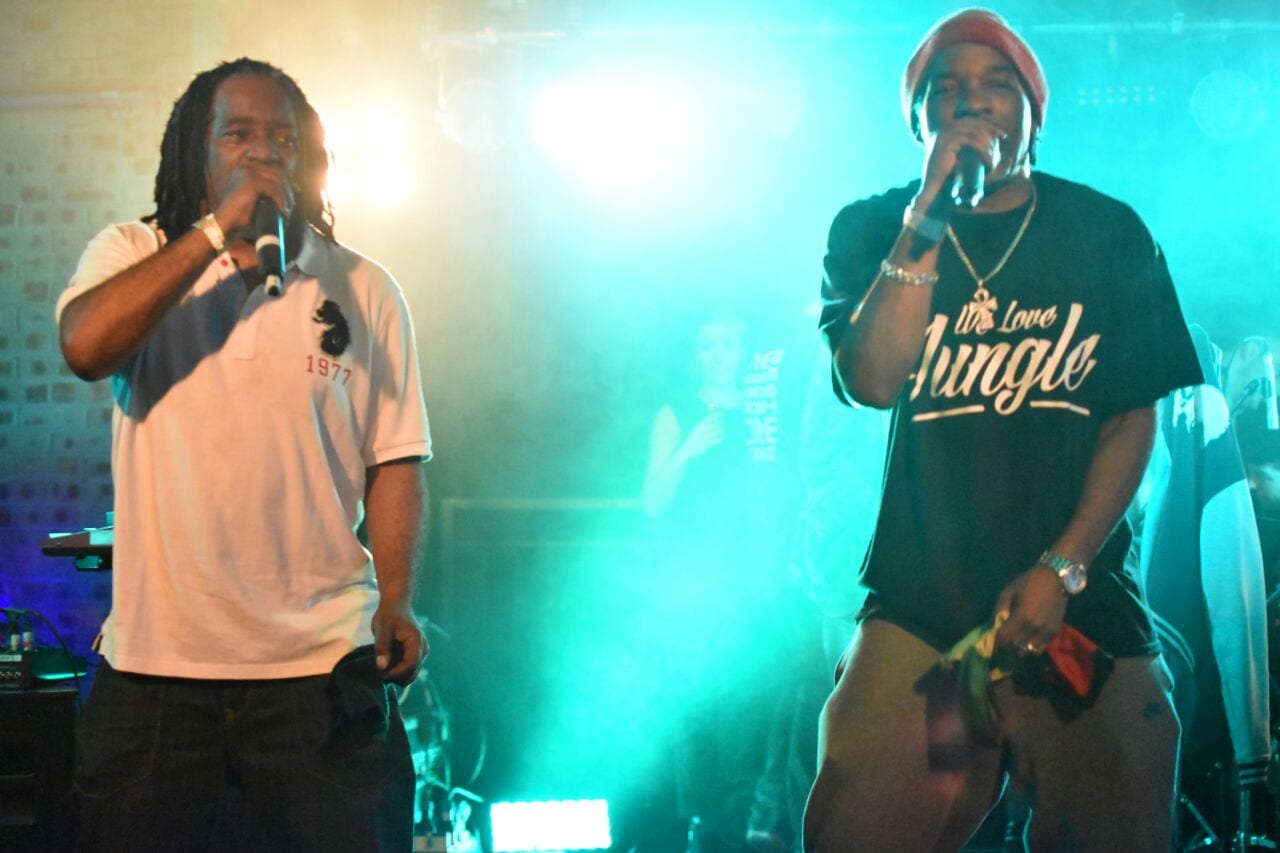 Ragga Twins are a dynamic jungle/dub collective made up of Deman Rockers and Flinty Badman. Frequently attributed as being the founding fathers of jungle music, the Ragga Twins have been crafting and building a genre for over 20 years from their humble roots in Hackney to festival stages at Glastonbury and Bestival and support slots with the likes of James Brown.

In a recent interview with the Ragga Twins, Dazed commented on the duo describing them as: “bringing their reggae roots to the hardcore genre in the form of rewinds and lines they’d perfected from their sound system days, the siblings also helped the jungle scene to grow and become one of the most influential music trends in living memory.”

Citing influences ranging from Congo Natty to The Prodigy and heavily indebted to sound system culture, the Ragga Twins have become a jungle staple in recent years. Contributing to Plan B’s Ill Manors and working with mega star Skrillex on his debut bolstered their resolve and swelled the ranks of their already sizeable fan base.

Ragga Twins are famed for their frequent collaborations with notable names which include; Aquasky, Deekline , Us3 , Skrillex. On their latest single ‘Vigilante’ the duo worked with producers Ogre and Runone as well as US producers Must Die , Snails , Wewik , Ookay  and Martron.

“walking a steady line between classic jungle, and the future of this ever-evolving sound” – Thump/VICE

New single ‘Vigilante’ continues on same tangent as previous releases, adhering the basic genre based techniques commonly attributed with jungle but building on it creatively. Ragga Twins are like nothing else you’ve heard before; only in the delivery of a reggae influenced genre can they be aligned with other artists. Essentially, Ragga Twins have mastered the art of individuality in simplicity which is perfectly presented in their latest offering ‘Vigilante’.

New single ‘Vigilante’ is out on 4th December.