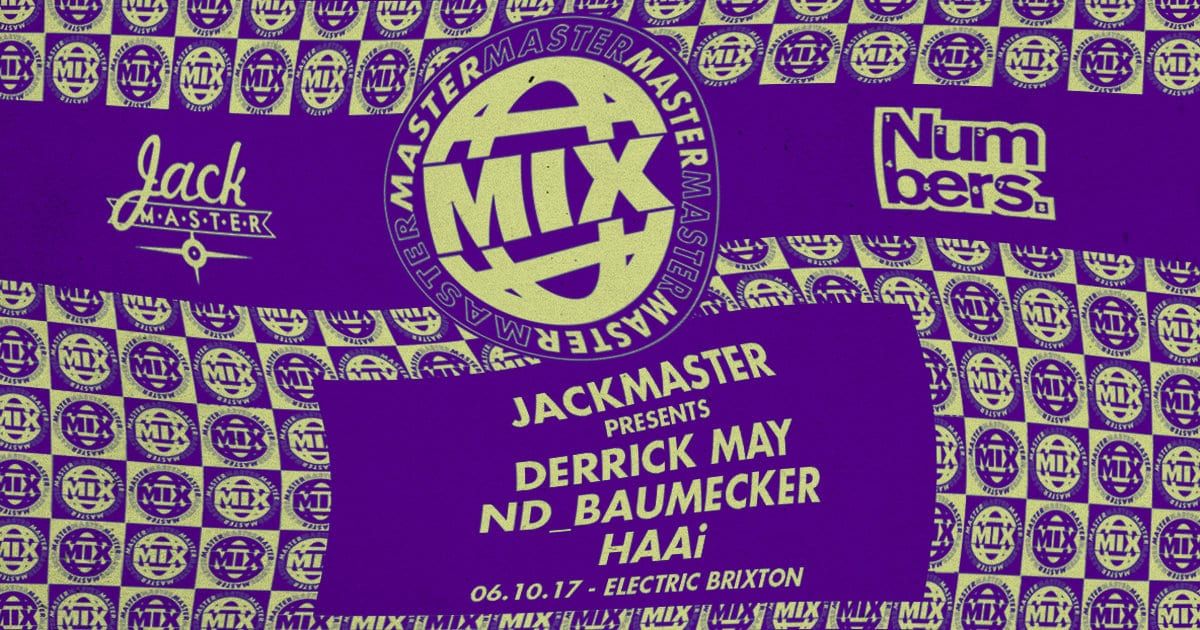 Jackmaster, the mind behind the famed Numbers label puts forth a weighty line up for the nextMastermix party at one of South London's leading venues, Electric Brixton on Friday 6th October.

Heading up the bill, the originator that is Derrick May plays his Mastermix debut. From pioneering a brand new genre of music in the 1980s, to the same year starting the legendary Transmat record label, Derrick May has been at the forefront of techno ever since it's inception – it's an honour to have him with us.

Ostgut Ton affiliate, Panorama Bar resident, nd_baumecker brings his relentlessly quick and tight mixing style to the heart of Brixton alongside Phonox's Saturday night resident, HAAi. Her weekly extended sets at the fellow Brixton club have taken her from an unknown name to one of the most talked about DJs on the circuit in less than a year – an accolade to her incredibly primal talent as both a producer and DJ.

“The idea behind Mastermix was to give me the chance to showcase my wider musical tastes and invite a mix of DJs that best represent where my head is musically right now to play alongside me at some of my favourite clubs in the world” – Jack Revill, Jackmaster.