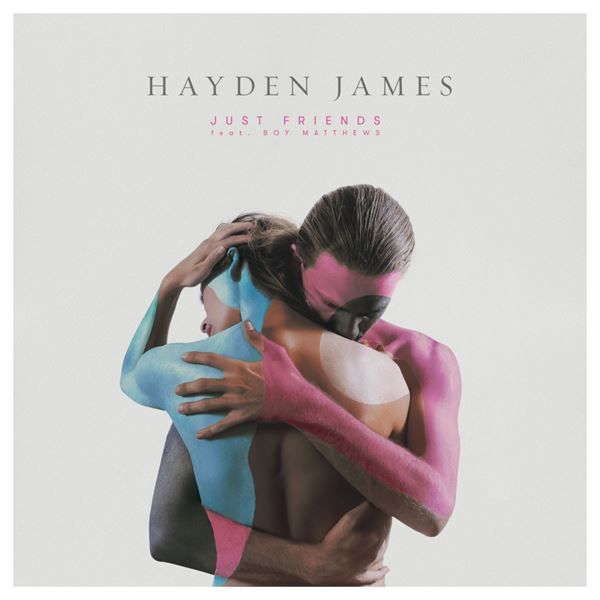 ‘Just Friends’  is an infectious four minutes of pitched-down soulful harmonies, driving bass lines and direct vocals from Boy Matthews. Known for keeping his fast-growing fan base on their toes by only releasing tracks when it is impossible to keep them contained any longer, ‘Just Friends’ is a welcome addition to James’s well-curated back catalogue, which includes ‘Something About You’,  ‘Just A Lover’ and last year's ’NUMB’.

Since bursting onto the underground scene with his timeless debut ’Permission to Love’ & self-titled EP, Hayden James has garnered critical acclaim across the globe,  topping Hype Machine multiples times, being invited by Mixmag to DJ in their NYC Lab and becoming one of triple j's most played artists. Meanwhile, James' lavish remix treatment has been showcased on tracks by RÜFÜS, Dillon Francis & T.E.E.D, Safia, Duke Dumont and ODESZA.

Along with his growing and highly praised catalogue of releases (which have collectively reached over 120 million Spotify streams), Hayden James has spent the last couple of years touring the world, headlining his own shows across North America, as well as supporting the likes of Duke Dumont, ODESZA and Disclosure. James is also quickly becoming a live festival favourite, having recently played Glastonbury, Latitude, Copenhagen's Roskilde, Coachella and Lollapalooza. James has also toured his native Australia multiple times, selling out headline shows and performing stand-out sets at Byron's Splendour In The Grass and Victoria’s Beyond the Valley.

Growing up in a musical family gave James his undeniable ear for a good tune. Following a childhood spent tinkering with instruments including guitar, sax, keyboards, and bass, then his college years DJing – often five nights a week – it was only natural that James ended up writing such structurally sound, memorable songs. ‘Just Friends’, with its pop tinges and addictive melodies, is another chapter in his ongoing journey as a producer; each one of Hayden’s songs act as a small piece of his much larger puzzle. His mission is tell a story through his art – not only audibly, but visually – with a striking live performance and video treatments to match his equally stunning music. He makes songs that he enjoys, and his job is to make listeners as excited about his work as he is.

After busy stints in the studio, finessing his own material and co-writing for other artists, including Katy Perry, Hayden will return to North America in June for a run of headlining shows and festival appearances at Electric Forest and New York’s Pinknic Festival, before heading to Europe in July for festivals across Denmark, Romania and Switzerland, with more to be announced imminently. Back today with another propelling sonic vision, Hayden James stands by his philosophy of quality over quantity, releasing a predicted classic in ‘Just Friends’.