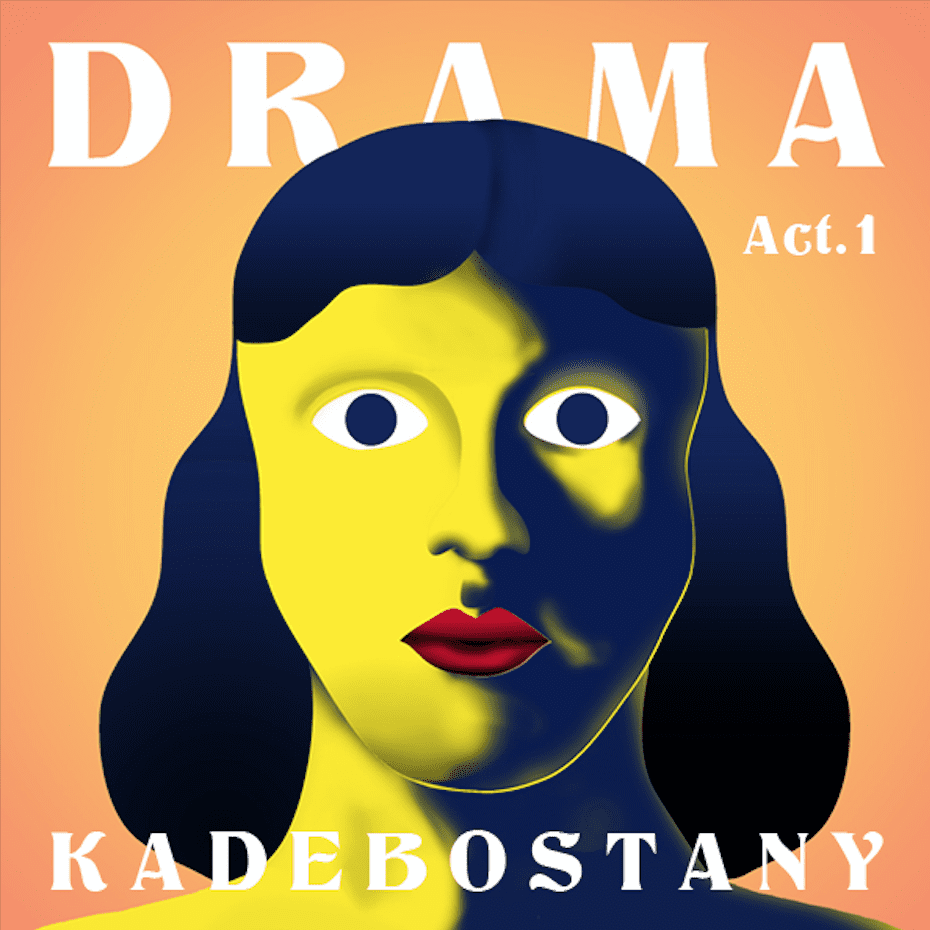 Kadebostany, the pop band formed by Guillaume de Kadebostany (affectionately referred to as President Kadebostan) returns with ‘DRAMA – Act 1’. The four-track EP and fourth collaborative offering from the group truly encapsulate the fluid ethos of the band, enlisting the talents of vocalists Célia and Fang the Great, both new members of Kadebostany, as well as Irina Grimes and KAZKA. In a state of perpetual stylistic morphing, their consistent evolvement has been impressive and has lent them the ability to seamlessly transcend the rigid musical boundaries of genre. As new colonists of the pop empire, Kadebostany uniquely takes up space in a territory that is all their own.

Wiping the slate clean for the group, ‘DRAMA – Act 1’ serves as a new take on their artistic vision and how they approach it. The EP features four vocalists in total, one for each single, who individually lend their stylistic influence to the songs they’re featured on, with Fang the Great being the first male singer the group has ever had join their ranks. Each single has its own cover art as well, a true reflection of the band’s constant creative transformation. The unmitigated commitment they possess for crafting cutting-edge tunes is nearly palpable, evoking raw emotion from the listener in all four songs on the EP. Enmeshed in both the visual and physical, Kadebostany pride themselves on creating imaginative multi-format art that touches all the senses at once by taking pop to new destinations once thought unreachable musically.

With the ability to effortlessly traverse both the mainstream and indie landscape, the leader of the conceptual Republic of Kadebostan self-describes the Kadebostany project as “sophisticated music with mass appeal”. A highly-experienced weaver of finely-tuned sonic stories, Guillaume has molded a path for himself and the group that is all their own, sculpting a distinct signature pop sound that differs musically from anything else at the moment. Inspired by the musicality of theater, film-based surrealism, and opera, he began work on ‘DRAMA – Act 1’ after realizing all of these seemingly disparate concepts could blend harmoniously into one single piece of art.

With new music, a new immersive live performance, and a new lineup, the ‘DRAMA – Act 1’ is a perfectly well-timed counterpart that showcases where the group is headed artistically. Recorded on-and-off over the period of two months, it is clear that they dedicated their all to the production of this release. Having solidified their name in music for quite some time, their many successes with their previous albums, such as 2011’s Songs from Kadebostany, 2013’s Pop Collection, and 2016’s MONUMENTAL, have placed them on the map and allowed them to achieve great feats like hitting the top ten charts in over thirty countries and reaching half a billion streams on YouTube. Kadebostany’s positive impact and lasting impression on the pop landscape will have its effects felt well into the future. 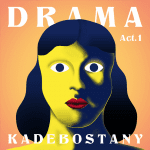