Kate Miller-Heidke – Offer It Up 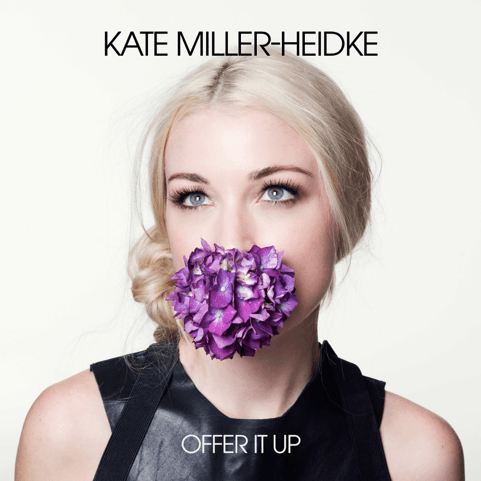 Kate Miller-Heidke – Offer It Up

Kate is an artist who has smashed all records to-date in her home country Australia for the fastest and most successful crowd-funded album. When Kate parted company with her label she took the ever-growing independent route resulting in an overwhelming and very gratifying response from her army of loyal fans. Her forthcoming album ‘O Vertigo’ was funded entirely by the direct-to-fan platform PledgeMusic with Kate achieving her goal in only 3 days and the campaign went on to reach over 215% of its original target. Off the back of this success ‘O Vertigo’ will be soon be scheduled for release in the UK by Cooking Vinyl.

Kate is also well known in the world of Opera. This summer saw her perform in “The Death of Klinghoffer” for the New York Metropolitan Opera. New Yorker music critic Sasha Frere-Jones (New York Times, Village Voice, Spin) described her songs as “a big clutch of Pantone swatches”. American writer Neil Gaiman compared her voice to “being fucked by butterflies”.

When people discuss Kate Miller-Heidke, the metaphors have to be big, in order to match that monumental voice.

The track ‘Offer It Up’ from her forthcoming album will be released digitally from September 8th.

Following a sold out show in London in May and a busy run of four enthusiastically-received shows at Brighton’s Great Escape, Australian songstress Kate Miller-Heidke returns to the UK this September.

Tickets are available from :  http://www.seetickets.com/artist/kate-miller-heidke/295974