Kazi A Returns With Visuals For ‘Low Way’

Kazi A Returns With Visuals For ‘Low Way’

Following the recent drop of his album ‘Trappelation’, Kazi A returns with visuals for ‘Low Way’. The captivating clip was shot by Jackson Speed and is coupled with a cut-throat beat produced by Haan topped off by Kazi’s savage lyrical wordplay.

Kazi notes that his solo take on the video symbolises his independence. “I would never back down, even when I was out-numbered. Hence why in the video it shows it’s just me without having a crew present.”

The Bangladesh-born but now a Sydney local rapper said the beat had a gangster feel to it that took him down memory lane. “It took me back to a lot of memories from my high school years. Not many smart choices were made then.

It was rough around that time and we were consumed by anger, rage, revenge. This track brings out my side which I even struggle with now, backing down”.

The track showcases Kazi’s individual style, yet exemplifies solid musical groundwork, typical of the Sydney rap scene. His records give insight into his experiences and add to his signature story-telling magnetism. 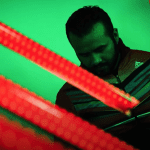