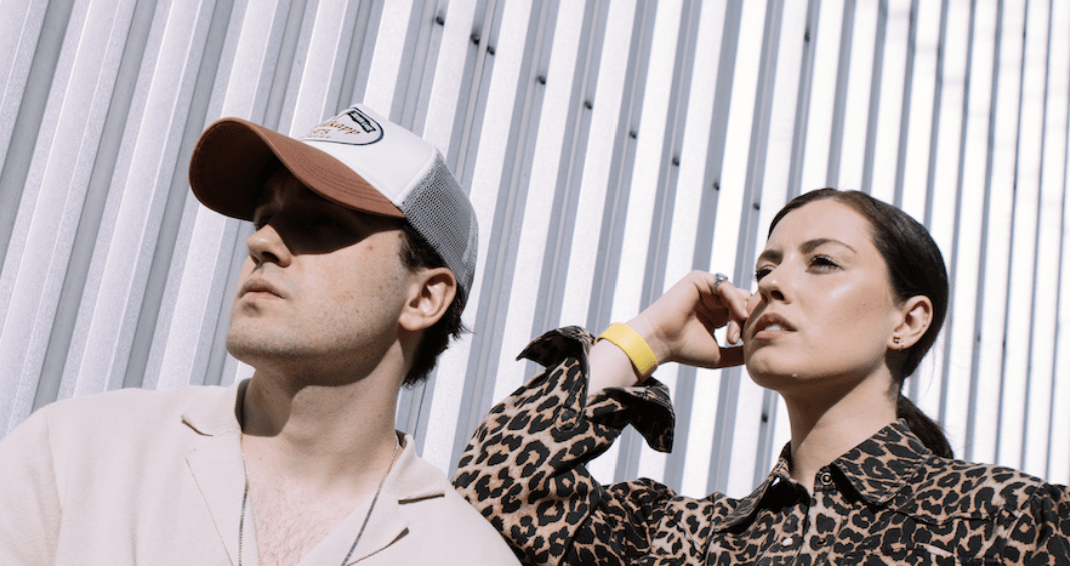 Vancouver-based creative force Kelland returns to the release circuit with his sophomore single ‘LOVESICK’. The new collaborative track sees the esteemed talent linking up with fellow Canadian and singer/songwriter Sara Diamond, and serves as a direct follow-up to his track ‘RIP TO US’ with Willa from mid-February of this year, in addition to Diamond’s ‘Lovin’ From You’ with Nick Grant from the tail end of last month. Out now via Physical Presents, ‘LOVESICK’ is available to listen to across all streaming platforms.

The energetic tune kicks off with a filtered beat, ethereally setting the atmospheric ambiance for the remainder of the nearly two-and-a-half minute sonic endeavor. Rhythmically alluring in all the best ways audibly possible, the four-on-the-floor track also distinctly features a canorous vocal performance that glides and flows throughout its entirety. The head-over-heels feeling one gets when falling in love is precisely encapsulated, courtesy of Diamond’s emotionally-charged lyricism. Hefty basslines, infectiously enticing production elements, and an enthralling flair unlike anything else heard before it characterize the rest of the euphonic release, making it a quintessential addition to the renowned Physcial Presents label.

ABOUT KELLAND — Vancouver-based, Jonah Kelland Radu, also known by his stage name Kelland, is a multifaceted Canadian artist, songwriter, and producer. Since emerging onto the Vancouver music scene back in 2018, Kelland has amassed over 15,000,000 streams on his projects. Featured in Narcity’s 2020 Top 10 Canadian Artists to Watch, Kelland continues to push the development of his unique sound through his writing and powerful releases, delivering versatile and dynamic production. Kelland’s impressive discography of both production credits and original works spans multiple genres and collaborators including Boslen, Turbo, Aria Ohlssen, Tails, and Snavs. Kelland has received support from tastemaker labels such as Capitol Music Group, bitbird, Lowly, 10K Projects and more. Kelland’s recent 2021 artist releases ‘tic tac toe’ with Tails and ‘Lose Your Way‘ with Snavs both peaked in the top 100 electronic and dance charts.  Now working alongside Physical Presents, which oversees both Felix Cartal and Shaun Frank, to release his highly anticipated debut EP, set to release mid 2022, Kelland has an arsenal of releases under his belt that fans can look forward to.

“Sara Diamond was the only artist off the project in which the song wasn’t made live together in person as we were living in separate countries during a pandemic. We finally got to meet and finish our song together in Los Angeles once restrictions were lifted which felt like a full circle moment. She is one of the most talented writers and vocalists I’ve had the pleasure of working with. Our track ‘LOVESICK’ is a very fun and vibey song that blends indie dance and pop. The track releases at the perfect time as weather starts to warm up, festivals & shows open up, and friends can dance together again. The song actually started as a basic demo that I was fortunate enough to write with a friend that I met when I was only 12 years old, giving it lots of sentimental value to me. I’m super excited to share this song and get closer to the whole project being released!”
– Kelland
ABOUT SARA DIAMOND — Over the years, Sara Diamond has crafted an incredibly unique sound, perfectly in tune with her enticing gift as a powerful vocalist. Blending her vocal strength seamlessly with her clever songwriting, her music has caught many ears and captured millions of hearts all over the world. With her recent releases, Sara has garnered over 30 million streams across platforms not including over 5 million views on her music videos as well. Not to mention countless collaborations and co-writes with some of the top artists in the world. Recently, Sara has been working on the development of her debut album, which is being executive produced by Dominique Sanders in collaboration with Brian Kennedy and Stixx Taylor. The album is slated for later this year, and in the interim Sara will be releasing her final EP leading into the album, with the first single ‘You’re It’ having already gained widespread critical acclaim.
“Kelland and I met over the internet, and as soon as I heard ‘LOVESICK’ I knew I wanted to be a part of it. It’s such a fun summer song! Loved adding a verse to an already amazing song. I hope everyone feels good listening to it!”
– Sara Diamond 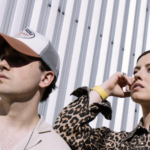