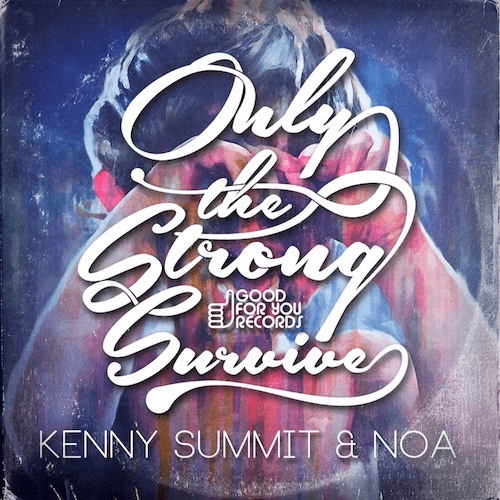 Good For You Records boss, DJ and Producer, Kenny Summit, continues to focus on quality underground music. The releases on GFY along with his stable of artists speak for themselves: hiphop legends like Grand Puba and The Artifacts to house legends like Frankie Knuckles and Todd Terry, all present. In 2012 Kenny’s reputation as a producer finally caught up with him as his ‘Loving You’ with Frankie Knuckles and Eric Kupper went to #1 on international house charts (and stayed there for over 2 months). Since then Kenny has released a string of underground goodies that have been embraced by house heads worldwide.  Earlier this year Kenny joined forces with New York native Lenny RX to set up GFY Black Label, with their first release from Techno legend, Misjah. Forthcoming releases on GFY Black Label include Angel Moraes, J Paul Getto, Terrence Parker, Eddie Amador, Tedd Patterson, JR From Dallas, Lenny Rx and Kenny Summit – stay tuned!..

TRACKLISTING
1. Only The Strong Survive

‘Only The Strong Survive’ will be released on Traxsource promo October 8th on 2013 on Good For You Records.