KIESZA – SOUND OF A WOMAN 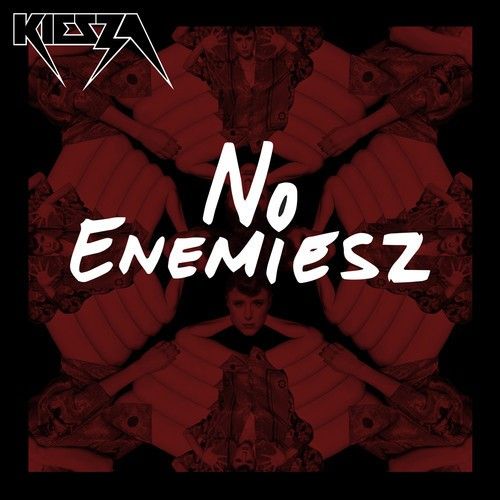 KIESZA – SOUND OF A WOMAN

Today Canadian singer and multi- instrumentalist, Kiesza announces the release of her debut album, Sound Of A Woman on Lokal Legend/Virgin EMI out November 17th, proceeded by 3rdsingle No Enemiesz out November 10th.

Sound Of A Woman takes you on a journey through life, love, music and time. Inspired by New York dance clubs of the ’90s as well as current UK club culture, Sound Of A Woman is an ode to love, a missive to heartbreak as well as a dedication to the dance floor. As a multi-faceted musician, Kiesza experiments with sonic structure and genre patterns; Hip Hop, R&B, UKG and Breakbeat all permeate the record, while some of its key moments come in the form of spine-tingling ballads, the perfect backdrop to underline Kiesza’s incredible vocal. “I think people will be surprised to hear some of the songs on this album. Because of the success of my first two singles, I’m seen perhaps as a House or Dance artist but I’ve been in to grunge, rock, folk groups in the past,” she laughs. “All of those experiences and influences have led me to create this album.”

Produced by Kiesza and long-term collaborator Rami Samir Afuni, the album was recorded in Afuni’s studio in Manhattan, the simplicity of the studio structure evident in the record’s cohesion and intimacy. This is Keisza’s story, sung, written, composed and created by Kiesza.

Sound Of A Woman is as adventurous and unexpected as the twists and turns that led the 25 year-old to where she is today. The Berkley College of Music graduate, capoeira student and classically trained ballerina is also a Queen of the high seas. As a teenager, Kiesza travelled the world with the Navy and trained as a sniper for the Army, before becoming one of today’s most sought-after songwriters, having written for Rihanna and Icona Pop, as well as collaborating with Skrillex and Diplo. A committed artist whose extraordinary ambition is matched only by her unusual clarity of vision and overwhelming talent, this former tall-ship sailor has spent years plotting a course to the epicenter of pop.

Earlier this year, Kiesza released her platinum-selling debut single, Hideaway. The UK No.1 quickly became one of the biggest selling singles of 2014 accumulating over 100million hits on YouTube as well as becoming a smash across the pond and beyond scoring 30 iTunes No.1s worldwide. Second single Giant in My Heart followed suit, scoring a No.5 and cementing Kiesza’s status as one of the most exciting debut artists of the year.

Following sold out shows at and numerous prolific festival appearances including Glastonbury, Wireless and T in the Park, Kiesza announces the following European and UK shows in November.