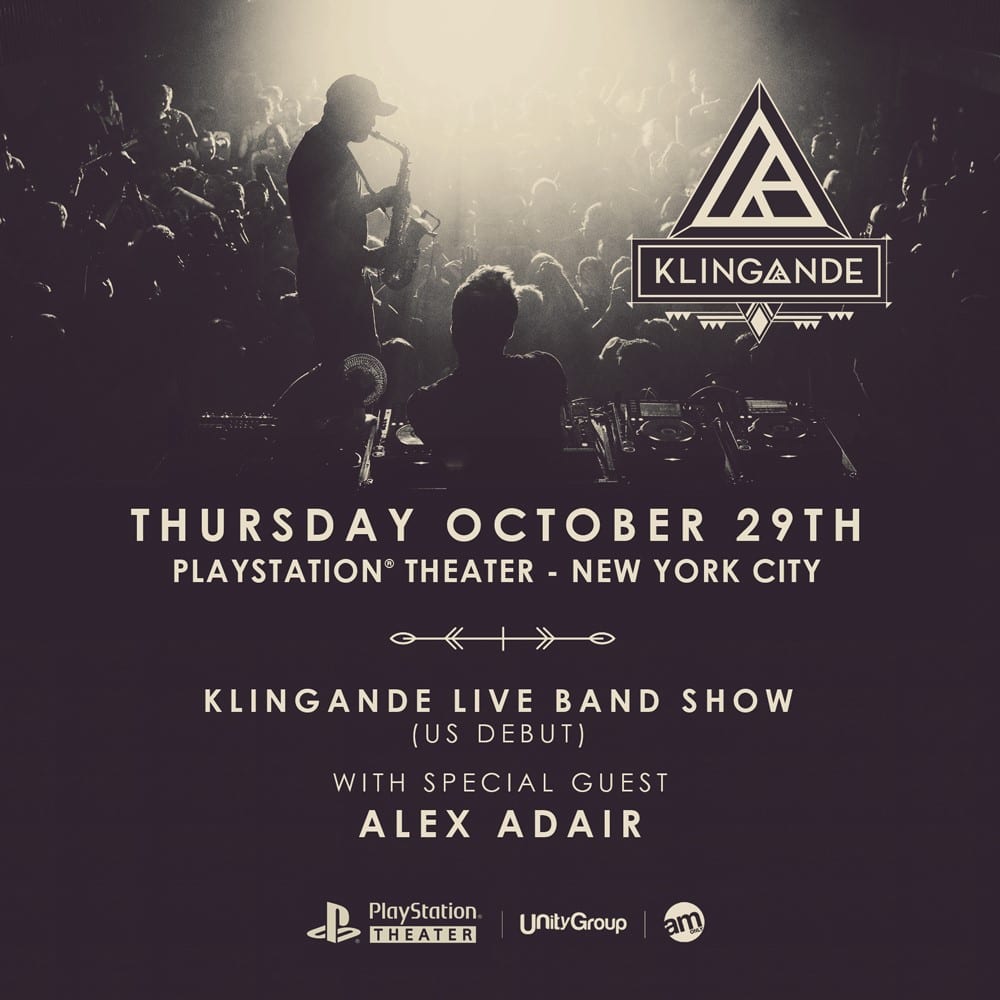 Capturing the hearts and minds of dance music fans the world over with his sublime soundscapes and uplifting performances, master of the melodic house genre Klingande looks to see the year off in style as he prepares to embark on an epic world tour – with an extra special live show date taking place in New York next week.

Having debuted his live show at Bataclan, Paris earlier this year, Klingande revealed his intention to bring the enormously successful concept on tour in 2016 to the joy of his fans around the world. Now, the French native has just dropped the surprise announcement that he will be bringing a live band with him to his show at New York’s PlayStation Theater on Thursday, October 29. Joining him on stage will be a band of musicians playing sax, violin, harmonica, trumpets, drums and more to create a truly magical and uplifting experience for fans – and one certainly not to be missed!

Kicking off at DXBeach, Dubai, the burgeoning star’s whistle-stop world tour will see him play thirteen countries across five continents during a jam-packed six week period. Next up, Klingande will play four dates in the US and Canada before heading over to Asia for shows in Bangkok, Saigon, Shanghai and Jakarta, followed by an appearance at Fiji’s boutique island festival Your Paradise. Crossing over to Australia, Klingande will be spinning the decks at The Met, Brisbane, Harbourlife Festival and at dates in Melbourne and Sydney before making his way back across the globe to Europe. A sold-out intimate gig at London’s Cargo will precede a special homecoming show at Zig Zag, Paris and then Setai, Italy before finishing up the world tour in South America for the inaugural edition of EDC Brasil. Check out the full schedule below