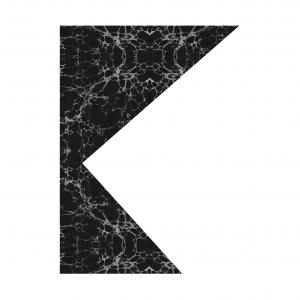 krankbrother is synonymous with London, with special moments and with timeless and quality electronic music. The London born brothers take time out from running their fine-dining restaurants and one of East London’s most celebrated venues, Factory 7, to mark the success of their five year strong event series with a compilation.

Ahead of an adventurous summer of activity hosting areas at Lovebox, Secret Garden Party, Parklife and Found Festival in the UK, Garden and Unknown in Croatia, taking over luxury yachts in Ibiza, staging their annual East London street party and continuing with their monthly events in the capital, the DJ duo bring together music from past and future guests such as Andrew Weatherall, Mr G & Magda and also debut two of their own studio productions with ‘Electric Lucifer’ and ‘Together’.

Spread over two discs, the first gives a clear representation of their musical footprint whilst in the club, starting with a solid Move D remix and closing with a John Tejada grand finale, while the second is an intuitive excursion into the brothers´ broader musical style, as well as showcasing the versatility and unpredictability of the krankbrother sound and their ‘off location’ events, featuring a transgender door picker and stylish, devoted crowds. Opening with DJ Harvey’s infamous Locussolus, taking in Hunee’s ‘Rare Silk’ and closing with the indelible ESP’s ‘It’s You’ and Space ‘Carry On, Turn Me On’.

For Danny and Kieran Clancy, the past year has been spent concentrating on the launch of their British restaurant and cocktail bar, Beagle in East London. Adding to the already brimming portfolio of Bonnie Gull, a seafood restaurant in Fitzrovia and Factory 7, a large creative arts space in Shoreditch.

krankbrother allows them to indulge in their musical fantasies, hosting festival stages and DJing at some of the world’s most glamourous after hours spaces. They have showcased artists in unique locations such as rooftops, streets, beaches, mountain tops, yachts, theatres and railway arches and been involved with the likes of Bestival, Watergate Berlin, D Edge Brazil, Sankeys, fabric, Eastern Electrics festival and many more.