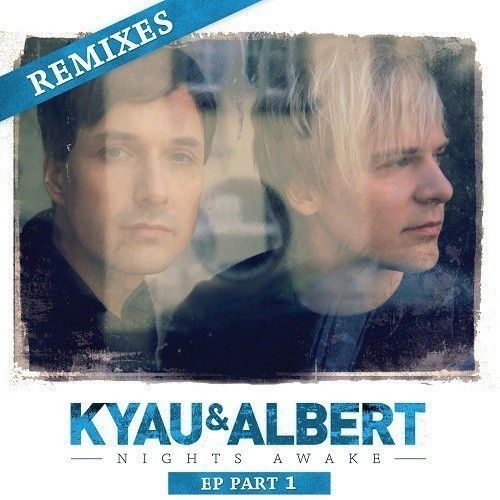 Nights Awake is Kyau & Albert’s third studio album and was released in Spring 2013. Utilizing their skills as songwriters Ralph Kyau and Steven M. Albert have crafted a timeless album that fans of electronic music, no matter their genre of choice, will absolutely fall in love with. Many insiders are calling Nights Awake their best work to date.

Prior to the release of the full album, Euphonic brings you two EP singles:
Nights Awake – Remixes EP #1 (EUPH182) and Remixes EP #2 (EUPH184 / February).
EP #1 is exclusively out on Beatport today!
Link: www.beatport.com/release/nights-awake-remixes-ep-1/1222430

T r a c k l i s t – EP #1
* Kyau & Albert – Do You Still Know (Joseph Areas Dirty Rock Mix) [Trance] *
‘Do You Still Know’ was a favourite album song for reviewers and fans, but with 89 BPM original speed extremely hard to turn into a proper club track. Joseph Areas did an awesome remix job here! Early support from Armin van Buuren and Above & Beyond (A&B’s Tony McGuinness: “Fat!“).

* Kyau & Albert – At Any Time (Togglehead Remix) [Progressive House] *
Fedde Le Grand was the first who discovered this young Canadian talent and released a Togglehead remix of his track ‘Rockin’ N’ Rollin’ in mid 2013. Kyau & Albert loved this remix so much and hired Togglehead to remix ‘At Any Time’. He delivered an energetic masterpiece!

* Kyau & Albert – The One (PingPong Remix) [Deep House] *
Boy/Girl duo PingPong is known for their deep melodic sound and growing stars within the German scene. Recently got attention for their bootleg for ‘Snowflakes’ by White Apple Tree (official release in the US currently planned).