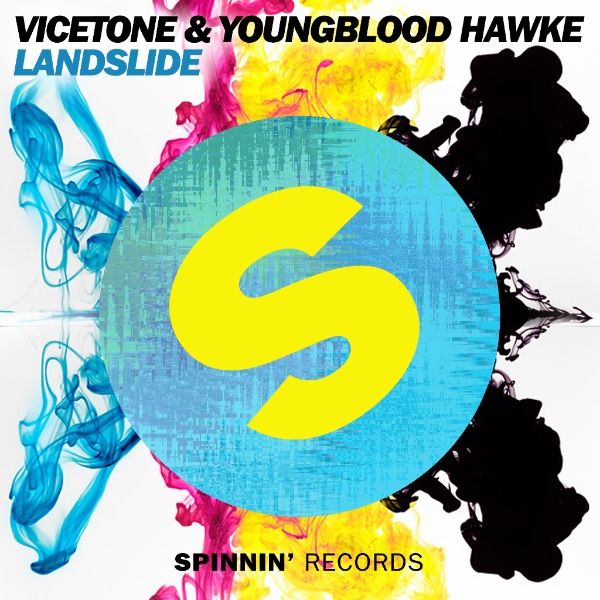 'We wanted to show another side of our sound to the world, and Youngblood Hawke was the perfect band to collaborate with to blend different music styles together; we knew we had something special going on when we first heard the vocal. Landslide is the perfect blend of two different genres coming together on a song. We're incredibly excited about this record – it's very special to us.” – Vicetone

A perfect marriage of the band’s vocal skill and Vicetone’s production expertise makes each act a force to be reckoned with in their own right, and unstoppable when working together.

“We're huge fans of Vicetone and are extremely grateful for the opportunity to work with them again.  We had a batch of songs that we were really passionate about, but for some reason or another didn't fit with the direction of our next album. They took "Landslide" and breathed new life into it. We couldn't be happier with it!” – Youngblood Hawke

Finishing 2016 on a high, the duo will be partnering up with YouTube giant, Proximity Music for the 4th year running to host their annual end of year exclusive mix. Previous mixes for the channel have collectively racked up over 15million views and featured the guy’s favorite tracks from the last 12 months.

This past year has been a standout one for Vicetone members Ruben Den Boer and Victor Pool, who throughout the course of their career have racked up numerous Top 10 singles on Beatport and #1 singles on the HypeMachine charts. 2016 saw the release of the duo’s first EP Aurora on Spinnin’, in addition to returning to the label Monstercat with their acclaimed melodic hit “Nevada.” In addition to performing at renowned clubs and festivals including Ibiza’s Ushuaia, Ministry of Sound in London and Ultra Music Festival, the pair are thrilling crowds on their Kaleidoscope Tour, which sees them perform across Europe, Asia and North America.