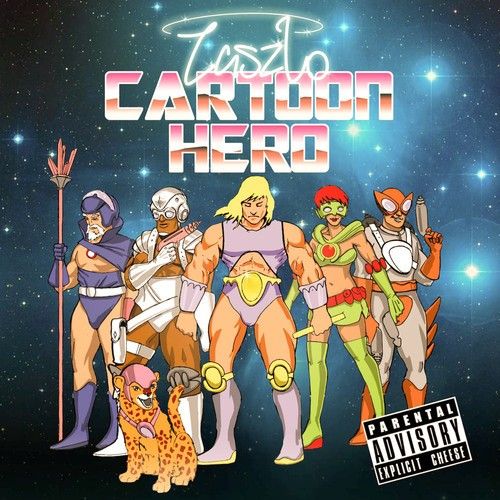 Laszlo is back with a new full-length album, and it’s perhaps his boldest and most adventurous offering yet.

‘Cartoon Hero’ is a fun, colourful journey into the world of 80s nostalgia. Drawing on childhood musical memories from the VHS era, when cartoons such as Thundercats, Transformers and He-Man ruled the world alongside movie classics such as Rocky and The Karate Kid, Laszlo has fused the essence of this unmistakable sound with his own unique blend of melodic electronic production.

The 3rd album from the London-based composer and producer has a strong narrative, taking the listener on an adventure filled with, at times, wacky twists and turns. There are times when you can almost hear the 80s voiceover narrating the story, with reoccurring musical themes, epic battles and training montages aplenty. From Vangelis-esque dreamscapes such as ‘Star Gazing’, to dubstep-laced epics such as ‘Battle Stations’, Cartoon Hero will certainly keep the kids entertained before dinner is ready. The influences for the album range from Vince Dicola to Vangelis, Quincy Jones and Michael Jackson, as well as lesser-known greats from the world of library music and TV such as Keith Mansfield.

The sparkle of classic FM synthesis plays a central role in the sound, alongside the warm hiss of VHS analogue tape noise. Cartoon Hero is very much part of the continuing musical journey for Laszlo as an artist, and has been an exercise in channelling positivity and a carefree sense of fun into music. We know it won’t be for everybody. Maybe you guys aren’t ready for it yet, but your kids are gonna love it!

Laszlo is part of the live instrumental band: the Lydian Collective, who are currently performing music from all Laszlo releases and other Lydian Label projects in major venues in the UK and Europe.