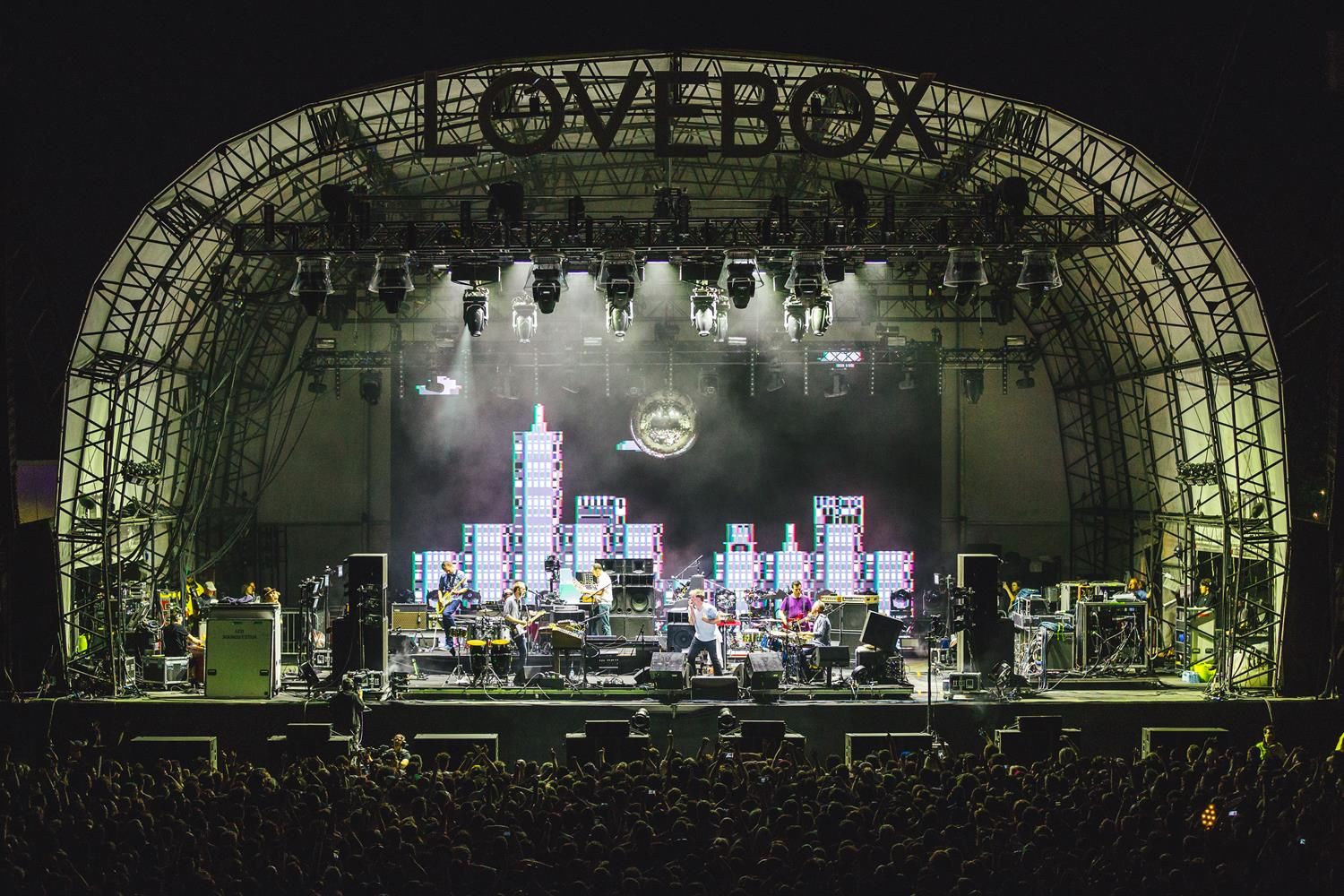 The summer arrived at Lovebox 2016 today as a discerning crowd of music lovers descended on the sun-saturated Victoria Park for a lovingly curated lineup of need-to-know and legendary live acts, DJs, and colour-soaked creative production.

On the Main Stage, George Clinton played an energetic set to an adoring crowd, before Chet Faker and Miike Snow kept the revellers dancing. London’s own Jungle played a stellar set of rejuvenated disco tunes, opening with their breakthrough track ‘Platoon’, and coming to a close with their climatic singles ‘Busy Earnin’ and ‘Time’. The euphoria reached fever pitch as LCD Soundsystem took to the stage, opening with ‘Us V Them’, and the ecstatic crowd singing along to every track including ‘Daft Punk Is Playing at My House’, ‘Tribulations’, ‘Losing My Edge’ and ‘New York, I Love You But You’re Bringing Me Down’. During their penultimate track, ‘Dance Yrself Clean’, James Murphy urged the crowd to croon ‘Happy Birthday’ to bandmate Pat Mahoney. Playing just shy of two hours, the American band played to an euphoric audience of party-goers whose day was made by their return to London.

Thump returned to present The Big Top, which saw electrifying performances from dance-masters Daphni, the vibrant George Fitzgerald and Bob Moses as well as an extra-special live set from Rival Consoles.

The fabric stage, making its world exclusive debut, saw a dynamic lineup of tastemaking DJs play electrifying sets including performances from Zip and Jackmaster, as well as from seasoned fabric residents Craig Richards and Terry Francis. After a day of carnival inspired fun on the Friday, elrow shone again with astounding sets from De La Swing, B.Traits, Andres Campo, Steve Lawler, and Luciano, one of the world’s most respected DJs.

Denzel Curry took the NTS arena by storm. Curry is a stalwart of the underground scene; thanks to his rapid fire rapping style he has quickly become a firm favourite of clued up hip-hop heads. A wave of excitement filled the arena as Seattle-born Sango closed proceedings, an incredible end to back to back knock-out performances from some of the world’s coolest DJs.

If they weren’t dancing Lovebox revellers could be reclining in the VIP area, shopping for sequins in the ever-colourful selection of boutiques, or trying the seemingly endless selection of top-notch London streetfood on offer. The Bump Roller Disco returned and The Voicebox arena hosted spoken word Apples and Snakes as well as Hip Hop Karaoke and poetry readings from the local community.

It’s been an epic end to an incredible two days of Lovebox magic in Victoria Park.  A sense of cinematic euphoria filled the Park as LCD Soundsystem closed the Main Stage with ‘All My Friends’

2016 ended with the whole of the Park ‘all friends tonight’. Roll on next year.