Should You Listen to Music When Trying to Concentrate? 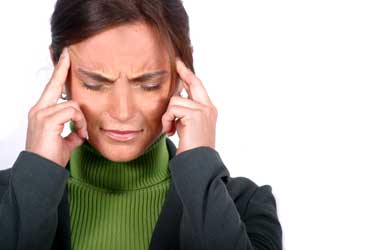 Should You Listen to Music When Trying to Concentrate?

Whether it’s studying, driving down a narrow street, or trying to complete really hard brain teaser puzzles, we’ve all listened to music whilst trying to concentrate. But does it help or hinder us, or is the question a bit more complicated than it seems.

If you listen to music before whatever it is you need to study for, anecdotal evidence as well as some studies, indicate that is does help increase the brains attention and memory (which is good if you’re studying, but not so good for trying not to scratch parked cars when driving down the aforementioned narrow street). Listening to music is also supposed to help with your math skills and has also been shown to relieve symptoms of depression and anxiety based issues.

It would seem that for every study that indicates the benefits of listening to music pre-study and during there is also an opposing study which details the opposite being true. Supposedly, listening to music when trying to memorize something in order will stop you taking in the information and this is in direct conflict to other studies. It does make more sense, as the music stops your ability to memorize certain things because your brain is trying to take in the information, whilst your ears are being bombarded by words and notes which confuse the poor old matter in your melon.

There have been other studies that indicate that listening to classical music will help you concentrate and even make babies more intelligent, however we now live in a world of One Direction, Taylor Swift, and Justin Bieber who are probably rotting your brain from the inside and so this might be where the conflict between what is fact comes in. It would seem that the issue presents itself mainly when trying to memorize and study and not when you’re trying to complete one of the devilishly tricky Stave puzzles, meaning for all those puzzles or driving down narrow street fans out there, you needn’t worry.

The studies usually discuss the effect of music on studying word based subjects like Literature and History, due to the increased reliance on memory, whereas most experts agree that music should have little effect on your ability to study for math (or math based puzzles and logic games) because it deals with numbers. Unless you’re listening to a Kindergarten number learning song, the words in the song will not be affecting you negatively.

This comes more from anecdotal evidence than proper studies (and I’ve always thought that following anecdotal evidence can – often – more quickly lead to the truth) but it would seem that music helps people relax but also stay focused on the task at hand, which would show that there is a benefit to listening to it. However, it would need to be something relaxing, but with a strong enough beat that it keeps you alert. A death metal album probably wouldn’t help you, but then neither would Enya. Try to find something that works for you as it seems that, even though there have been countless studies, it comes down to the fact that everyone is different and what works for one human brain, will not necessarily work for another.